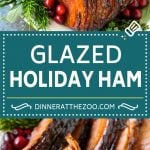 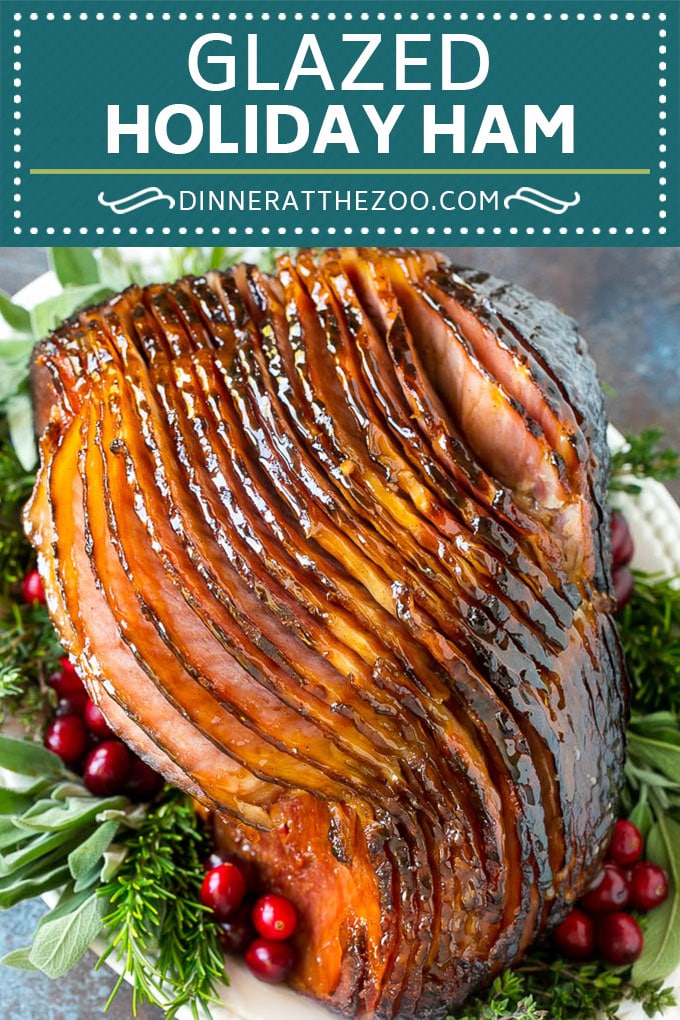 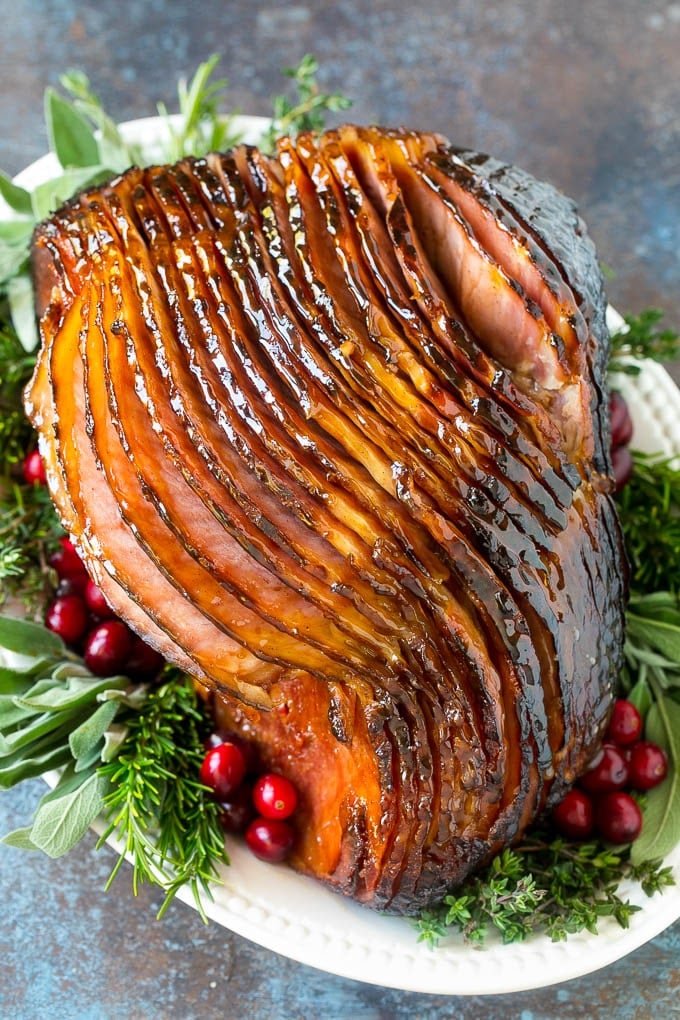 This ham glaze is a mixture of brown sugar, honey, butter and spices which all simmer together until a thick and syrupy mixture forms. Brush half of the glaze over the ham while it heats up. The rest of the glaze gets added at the end of the baking time and the oven temperature is increased to ensure a browned and crispy exterior. 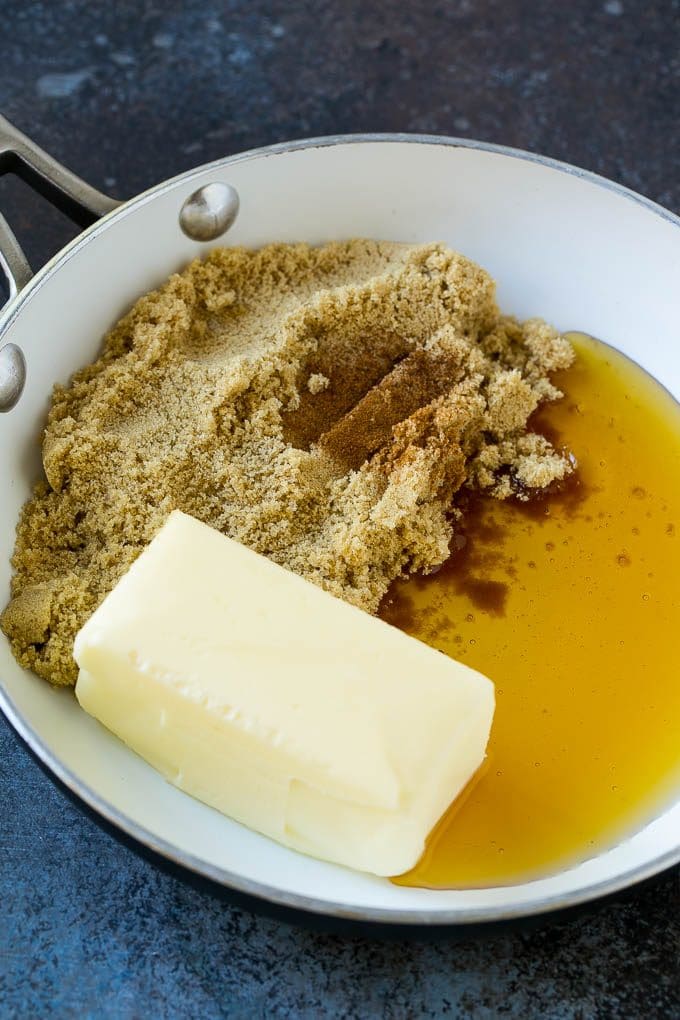 You’ll need to reserve half of the glaze to use after your ham is mostly cooked through. You can store the glaze at room temperature or in the fridge. The glaze may start to harden as it sits – simply microwave the glaze in 30 second increments until it’s liquid when you’re ready to use it. 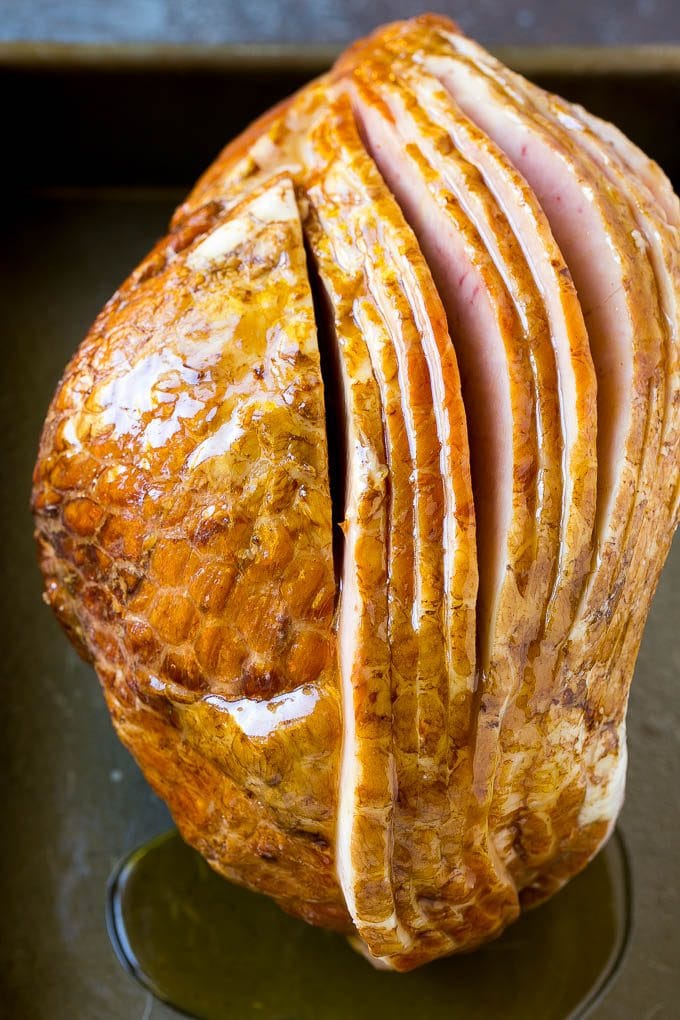 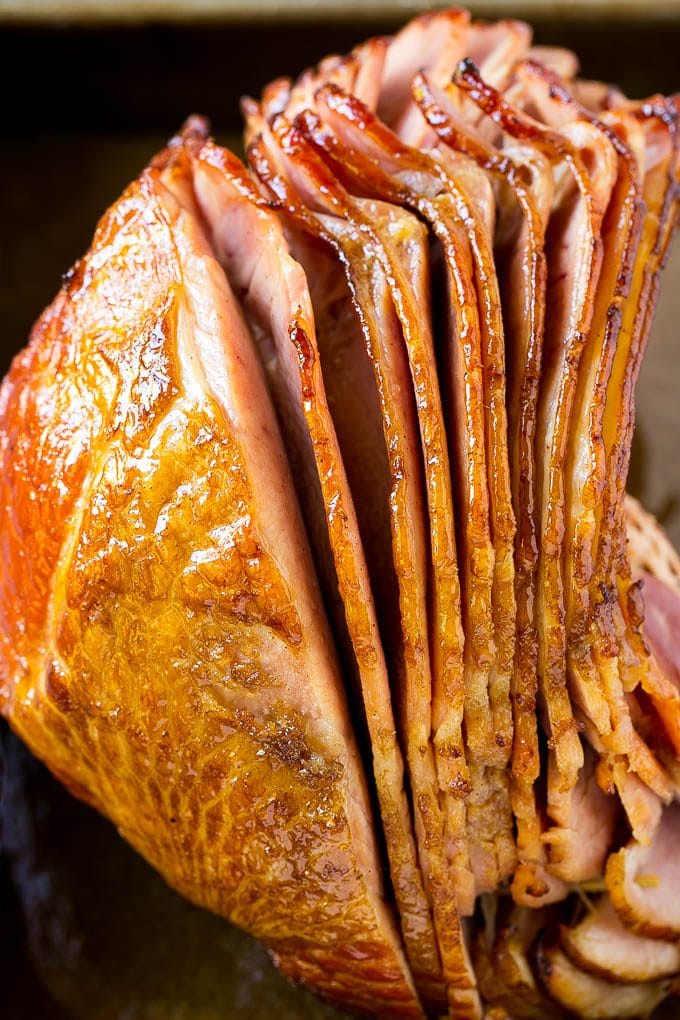 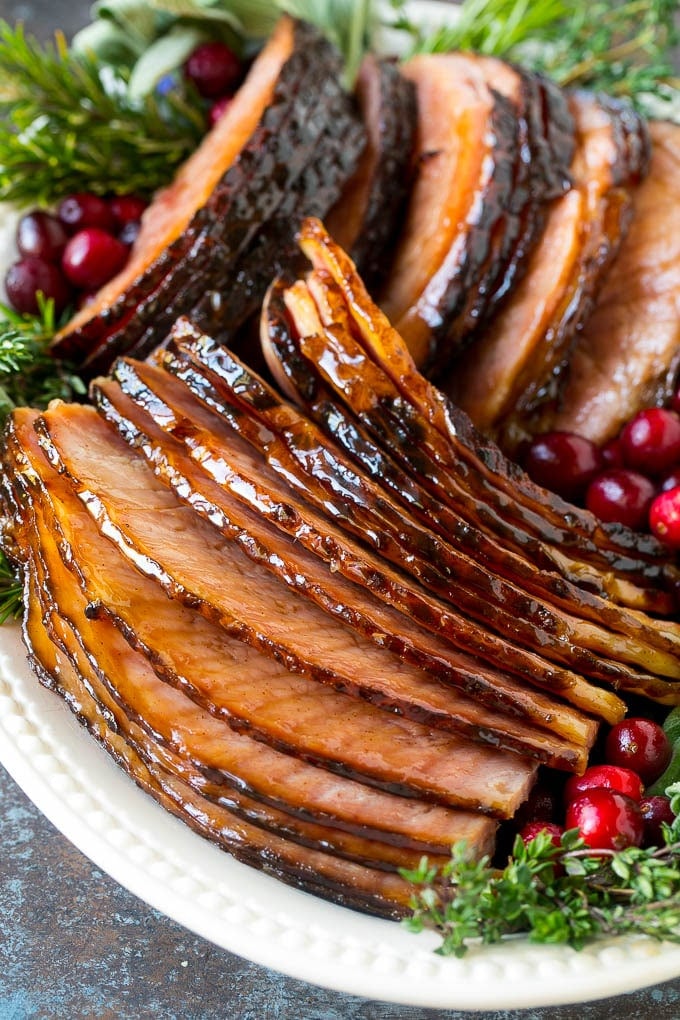 Got leftover ham? That’s a great situation to be in because there are so many different things you can make with leftover ham. I have compiled a whole list of 40 Leftover Ham Recipes for your perusal. 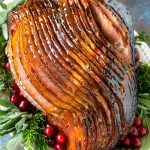