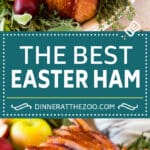 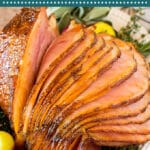 This Easter ham recipe is a spiral cut ham coated in a homemade sweet and savory glaze, then baked to perfection. An easy dish that produces perfect results each and every time!

When the springs holidays roll around, my family always requests a formal meal with a big Easter ham and plenty of side dishes such as sweet and savory pineapple casserole and oven roasted potatoes.

You can never go wrong with an impressive ham to celebrate the holidays! This Easter ham is smothered in a simple glaze that takes just minutes to make, but tastes like it came from a fancy restaurant. This meal always gets rave reviews from family and friends.

The ingredients for this recipe are minimal and are items you may already have in the house!

How do you make an Easter ham?

Start by placing the glaze ingredients in a pan on the stove. Bring the ingredients to a simmer and cook for a few minutes until the glaze has just started to thicken. Place the ham in a baking pan and pour half the glaze over the top. Cover the ham and bake until it is almost completely warmed through. Uncover the ham, then pour the remaining glaze over the top. Bake at a higher temperature until the glaze is caramelized. Carve the ham, then serve and enjoy!

What kind of ham is good for Easter?

You can really use any variety of pre-cooked smoked ham for Easter. I prefer to use a spiral cut ham because it makes it so much easier to serve, and since it’s pre-sliced, the glaze can really get into all the nooks and crannies which adds a lot of flavor.

The majority of hams sold in grocery stores are pre-cooked, and this recipe assumes that you are in fact using a pre-cooked ham.

How much ham do you need per person?

How long does it take to cook a ham?

This ham is great as-is, but you can add other ingredients to customize the flavors to your taste.

Glazed Easter ham is the ultimate main course offering for almost any occasion!

Side dishes to serve with your Easter ham 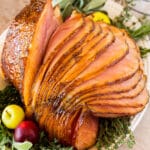 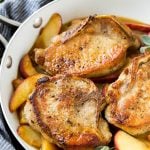 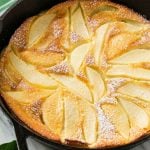 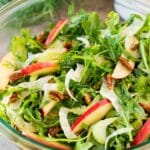 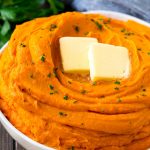 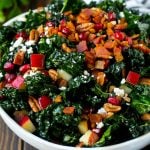 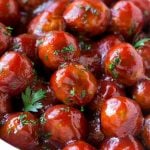 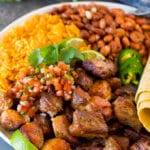 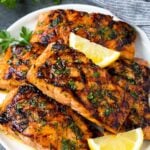 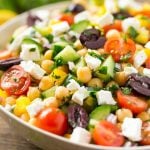