This ham glaze is a combination of butter, brown sugar, pineapple juice and spices, all simmered together until thickened. Coat a ham in this glaze, then bake the ham to golden brown perfection and watch the rave reviews come in.

When the holidays roll around, I always make family favorites including crockpot mashed potatoes, candied yams and this brown sugar glaze served over a spiral cut ham. 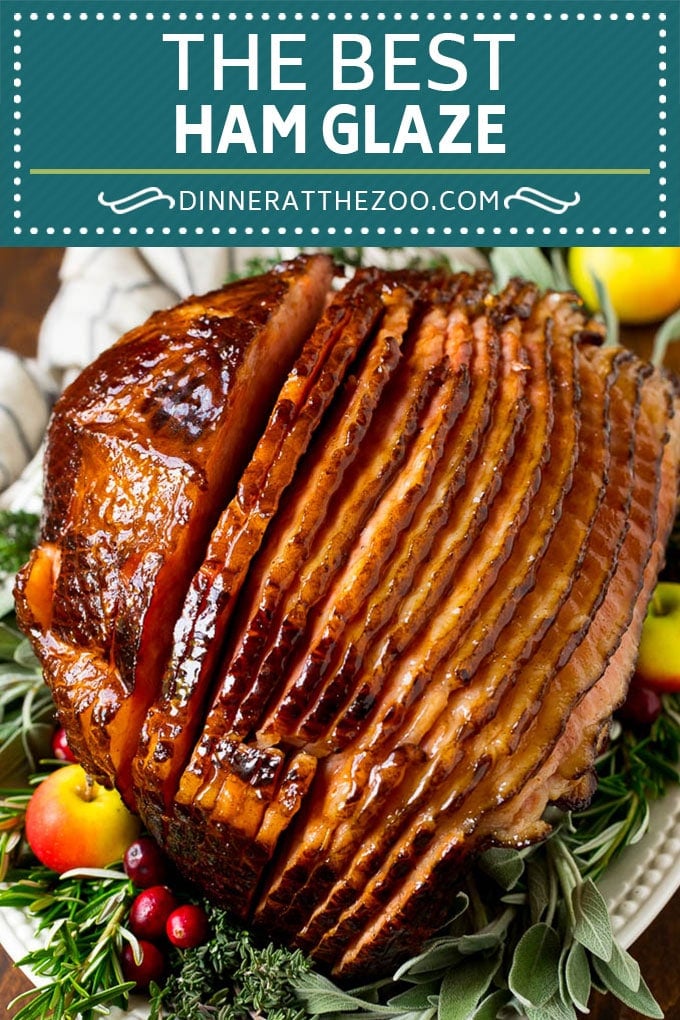 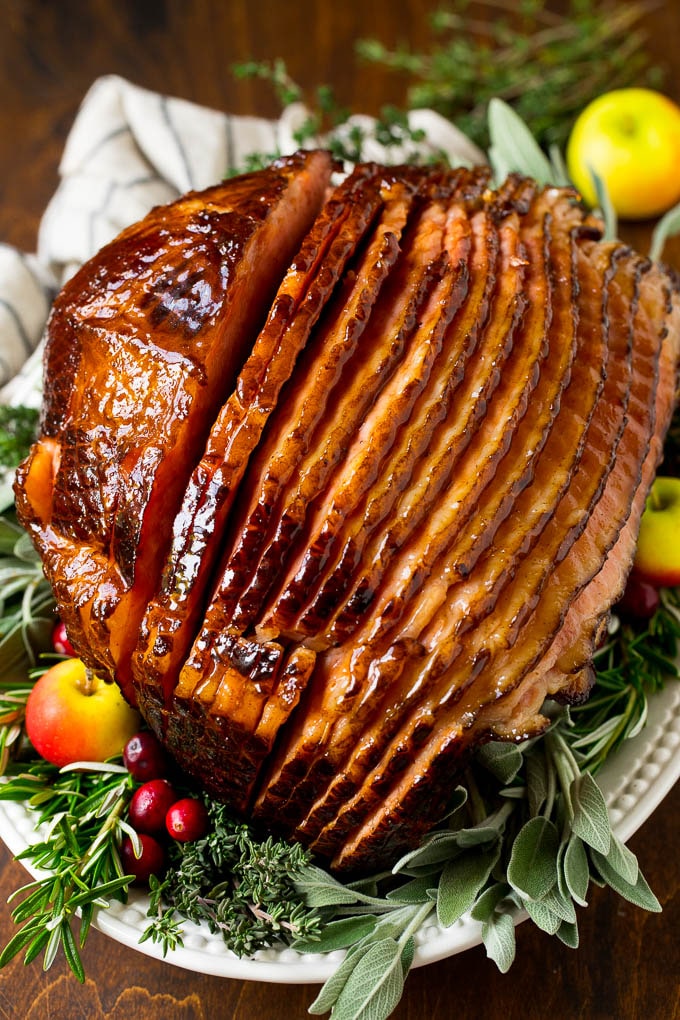 A homemade ham glaze turns an ordinary store bought ham into a flavorful and festive dinner option. This glaze has just a handful of ingredients and is ready in 10 minutes. Skip the store bought glaze packets and make your own – you’ll be happy you did!

To make this recipe, place butter, brown sugar, pineapple juice, cinnamon, nutmeg and cloves in a pan. Bring the pan to a simmer, stirring occasionally. Cook the glaze for 5-7 minutes or until it has started to thicken. Cool the glaze slightly, then pour it over your ham and bake. 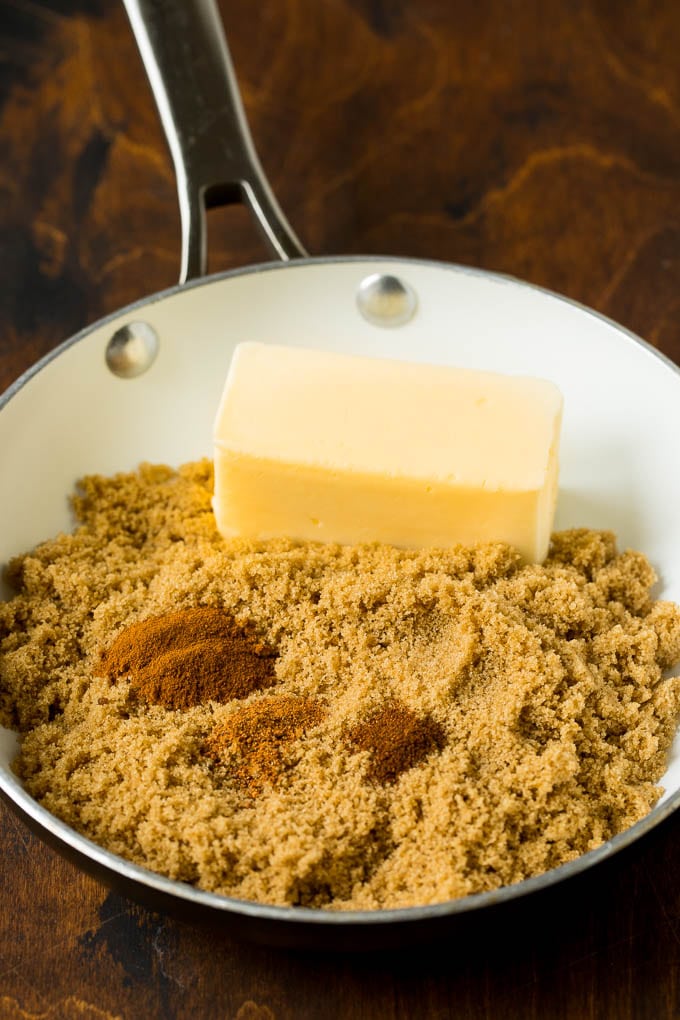 Tips for the perfect glaze 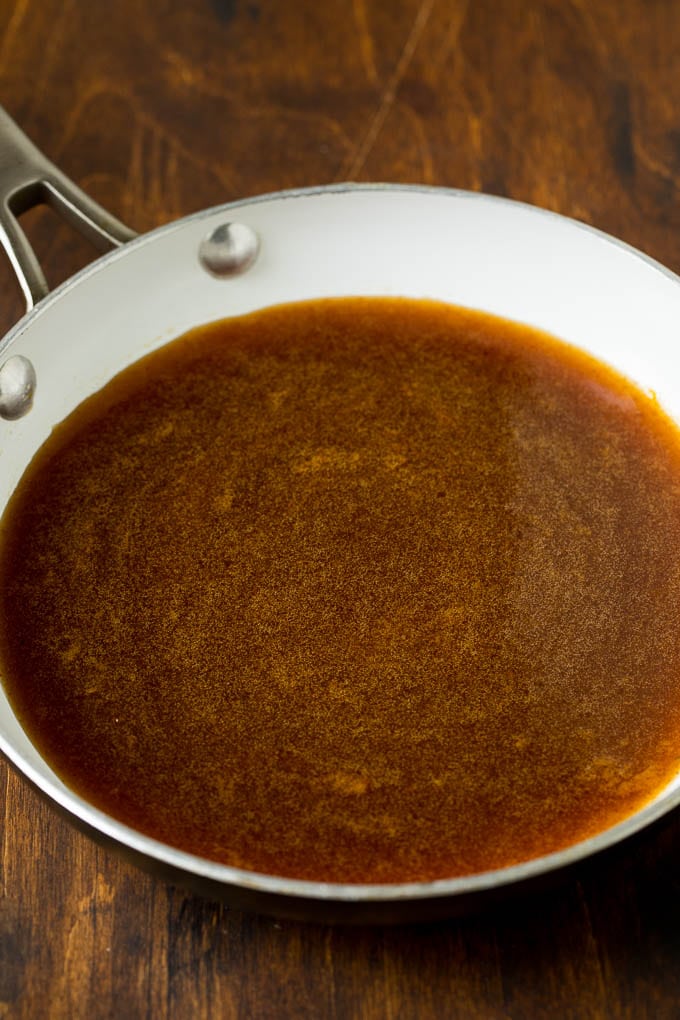 Do you have to glaze a ham?

You do not have to glaze a ham, but I highly recommend it. A glaze adds a lot of flavor and helps to keep a ham from drying out as it bakes. It also gives your ham that glossy sheen which makes it look so attractive. An alternative to a glaze would be a dry rub, such as my homemade BBQ rub.

How do you glaze a cooked ham?

I like to pour half of the glaze over the ham, then cover the ham and bake it until it’s warmed through. I then uncover the ham, add the rest of the brown sugar mixture, and finish baking the ham at a higher temperature so that the ham gets browned and caramelized from the glaze. 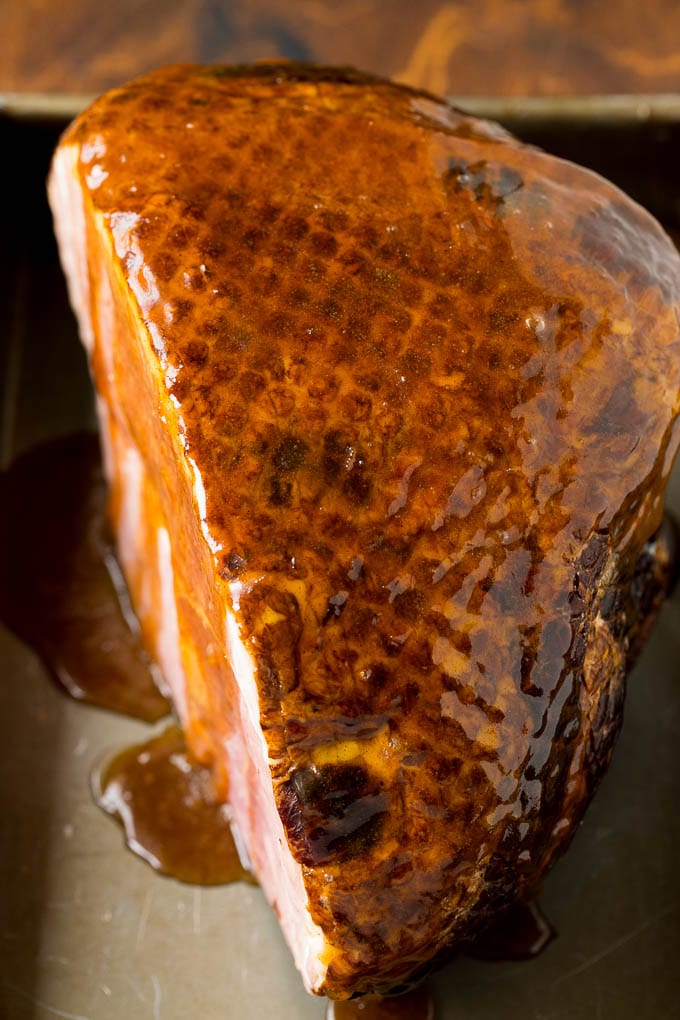 This is a basic recipe to get you started, there are so many different ingredients you can add to customize it to your tastes.

How do you cook a ham?

The simplest way to cook a ham is to bake it in the oven. The ham should bake at 350 degrees F for 15 minutes per pound. Be sure to cover your ham so that it doesn’t dry out. Ham is ready to serve when a thermometer inserted into the thickest part of the meat registers 145 degrees F. 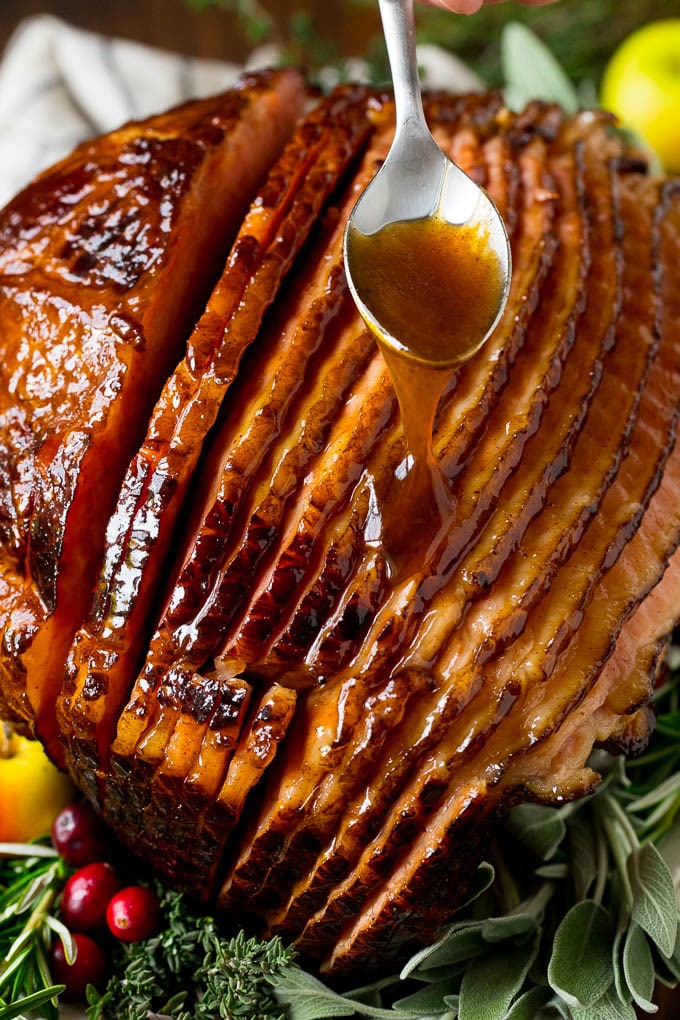 I serve this recipe for every holiday and it always gets rave reviews! The pineapple and brown sugar pair beautifully with the flavor of the ham, and people always ask for seconds.

More holiday recipes to serve with your ham 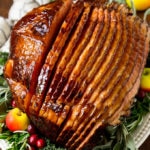