This slow cooker apple cider recipe is infused with citrus and spices and simmered to perfection. You’re going to want this crock pot mulled cider at all of your holiday gatherings!

This apple cider recipe starts with apple juice to make life a little easier, and is a fragrant and delicious combination of aromatic spices, cinnamon and orange. It takes just 5 minutes of prep time and makes the whole house smell amazing! 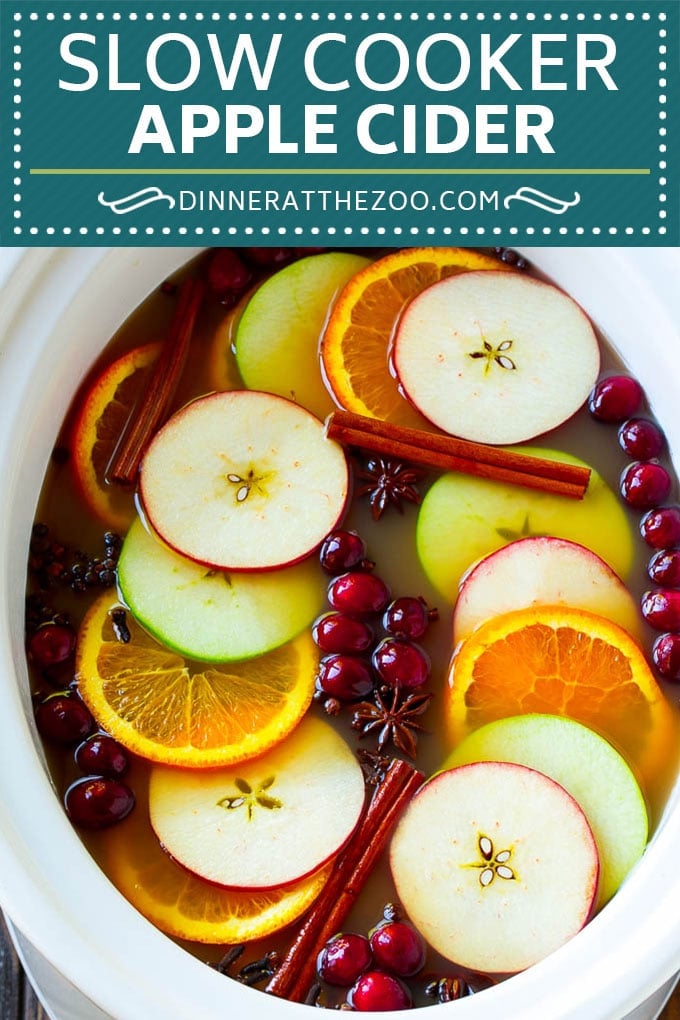 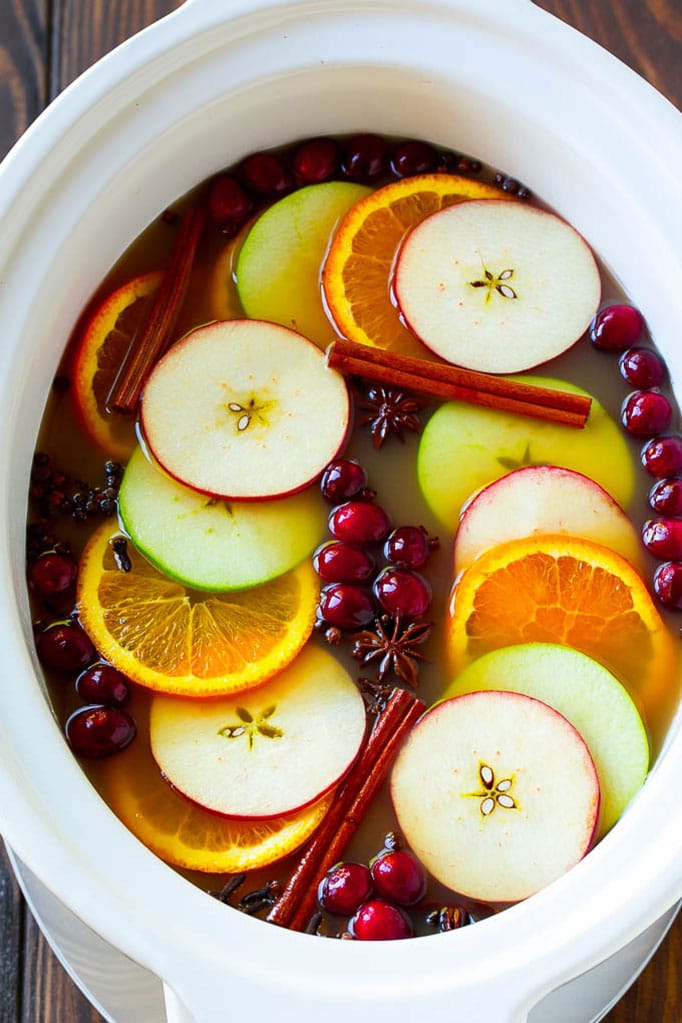 Is there anything better than a warm mug of apple cider on a cold day? I didn’t think so! This slow cooker apple cider is super easy to make, and is the hit of any party. There’s just something special about the combination of apples and spices that really makes it feel like the holidays. Make a big batch of this warm drink for your holiday event and watch the rave reviews come in.

How do you make slow cooker apple cider?

This recipe starts with apple juice. The ingredients here are quite simple, so you want to go for high quality. I use an organic, unfiltered apple juice, it has SO much more flavor than your standard grocery store brand apple juice. It really makes a difference in this recipe! The apple juice is simmered in the crock pot with brown sugar, whole aromatic spices, and orange slices. 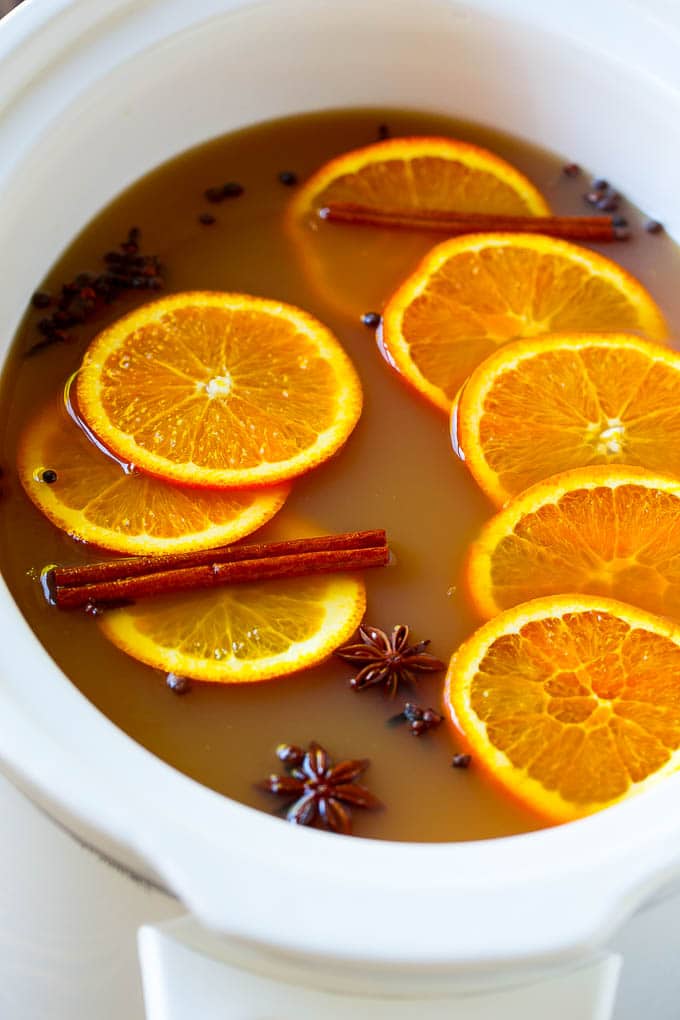 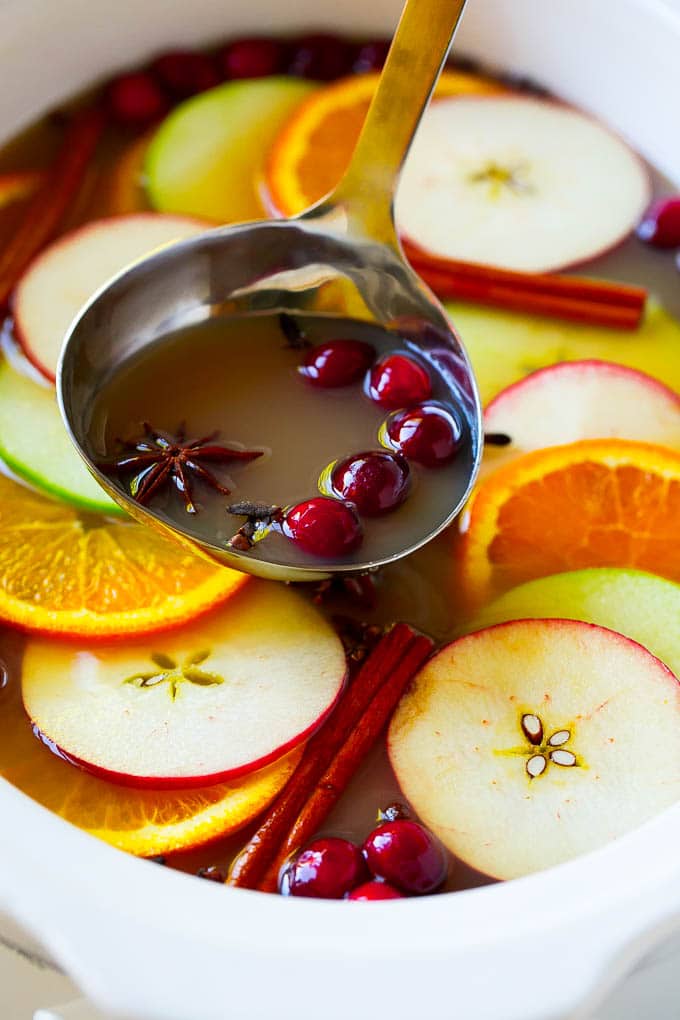 I typically cook my cider on the low setting of my slow cooker for about 3 hours. You can actually let it simmer for longer, just be aware that the longer it simmers, the more prevalent the spice flavors will be. When the cook time is up, I turn my slow cooker to the keep warm setting, then put out a ladle and some mugs so my guests can serve themselves. 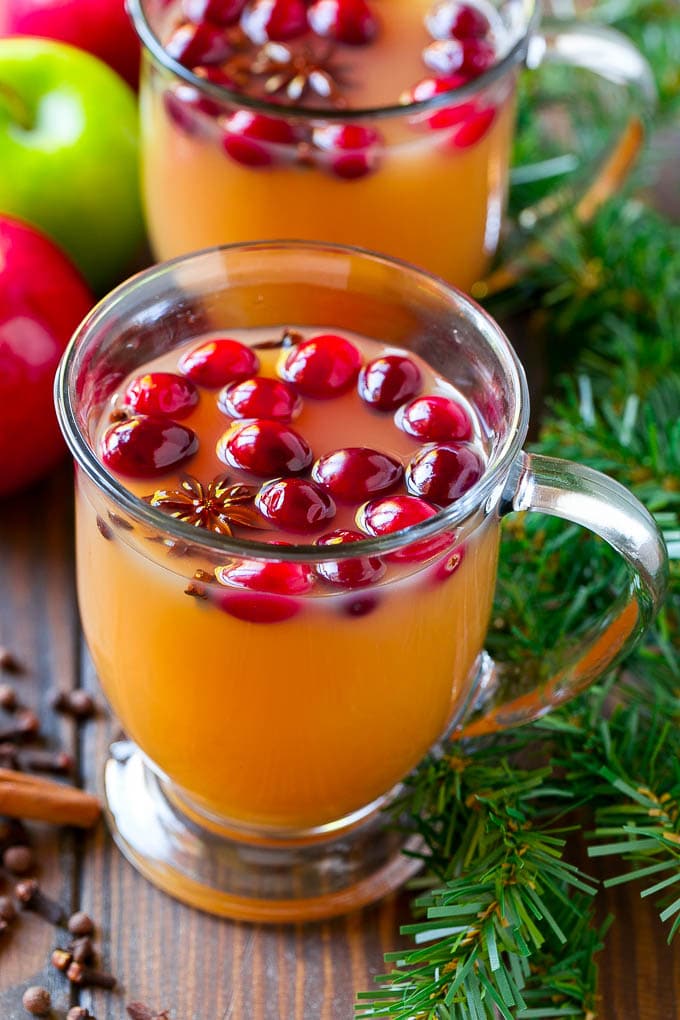 What spices are in apple cider?

I use a combination of cinnamon sticks, allspice berries and cloves to add a little spice to this cider. I also add in one star anise. Star anise have a licorice flavor and add a unique touch to the cider. That being said star anise can be expensive and some people don’t like the licorice flavor, so feel free to omit. 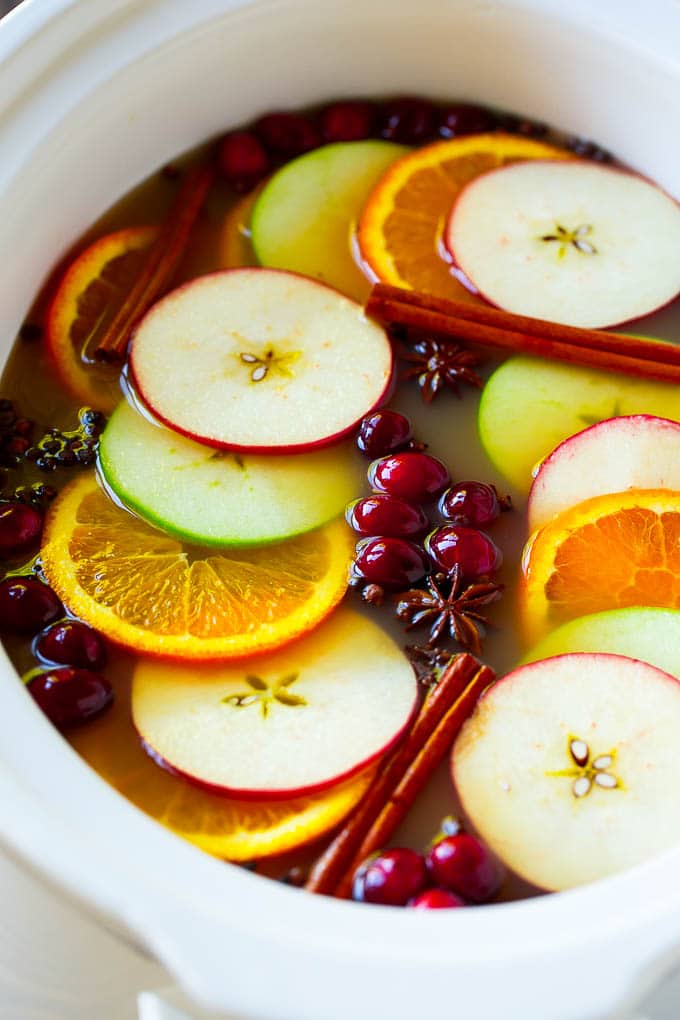 Slow cooker apple cider is a must-have for all of your holiday gatherings. You won’t believe how good it tastes, and it makes the whole house smell wonderful! This recipe serves 8, but if you need to serve more people, you can simply add more juice to your crock pot along with the stated proportions of spices in the recipe. 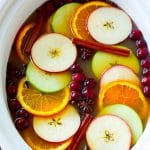 This slow cooker apple cider is sponsored by Nielsen-Massey. Thank you for supporting the brands that make Dinner at the Zoo possible! This post was originally published on November 9, 2017 and was updated on November 7, 2018 with new content.