This chile verde is chunks of pork in a green tomatillo sauce, all simmered together until the meat is fall-apart tender. A Mexican classic that’s packed with flavor and makes for a unique and unexpected dinner option.

I love to make my family’s favorite Mexican dishes at home such as chicken tacos, beef enchiladas and this super flavorful chile verde. Add your favorite toppings and you’ll have a hearty meal that everyone is sure to enjoy. 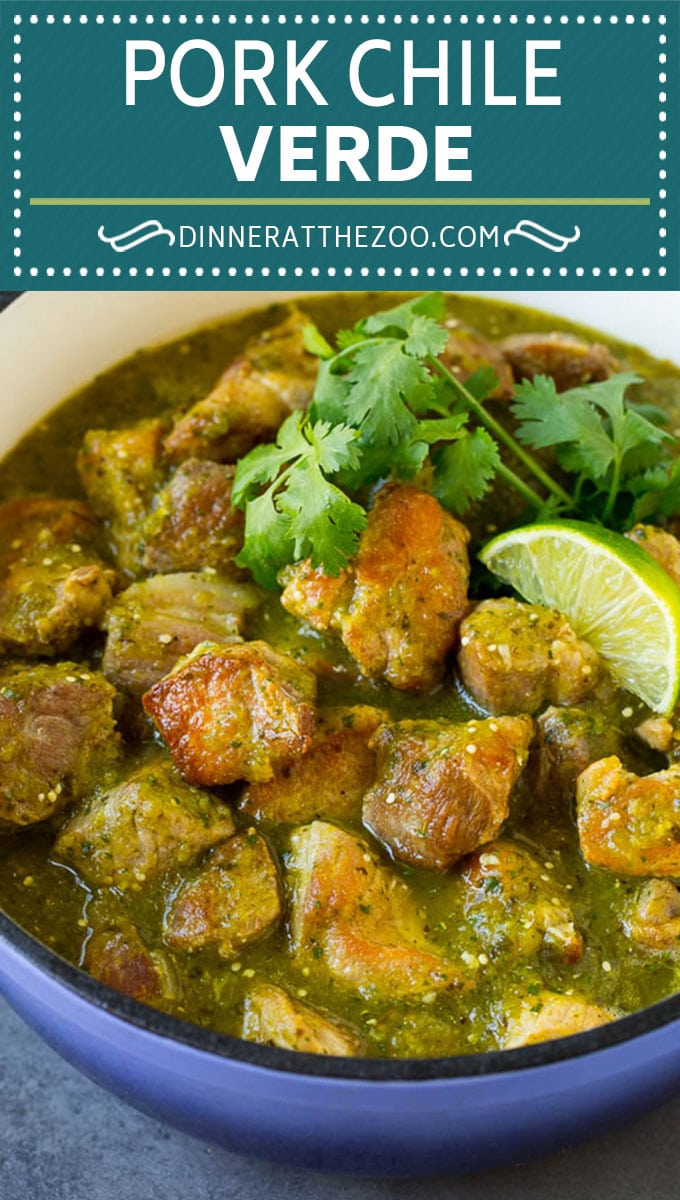 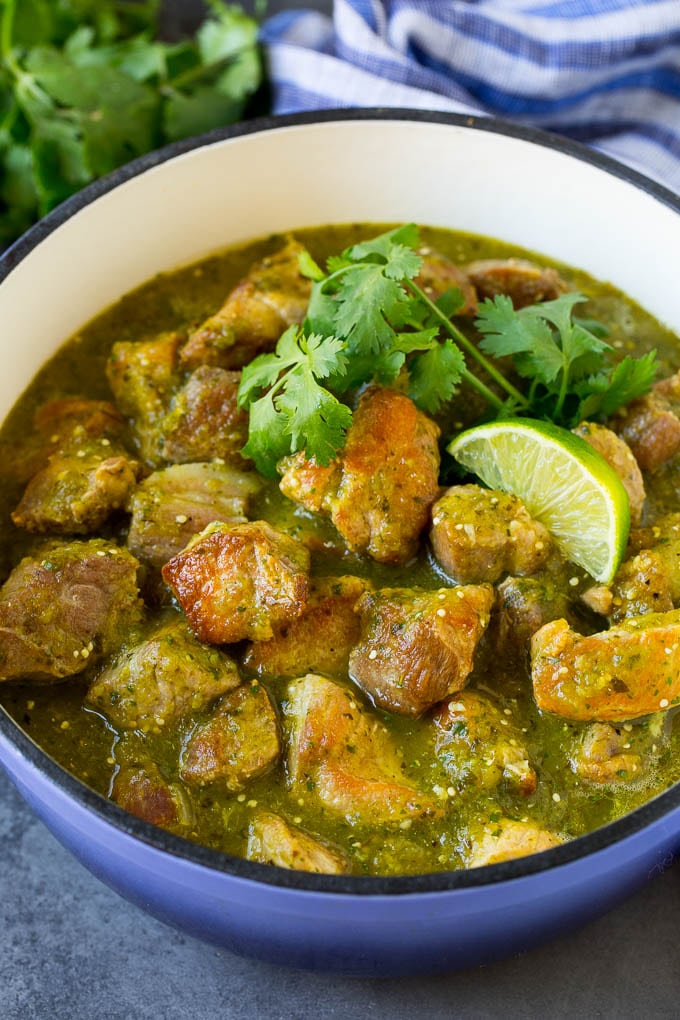 Whenever I go to my local Mexican restaurant, I have to order the chile verde. That super tender meat in zesty sauce just can’t be beat! You can enjoy chile verde on its own, or use it as a filling for burritos, tacos and enchiladas.

What is chile verde?

Chile verde is a Mexican style stew that’s filled with chunks of tender pork in a sauce made of roasted tomatillos and assorted chiles. The pork is slow cooked in the sauce until tender. This dish originated in Mexico and has become common in America. 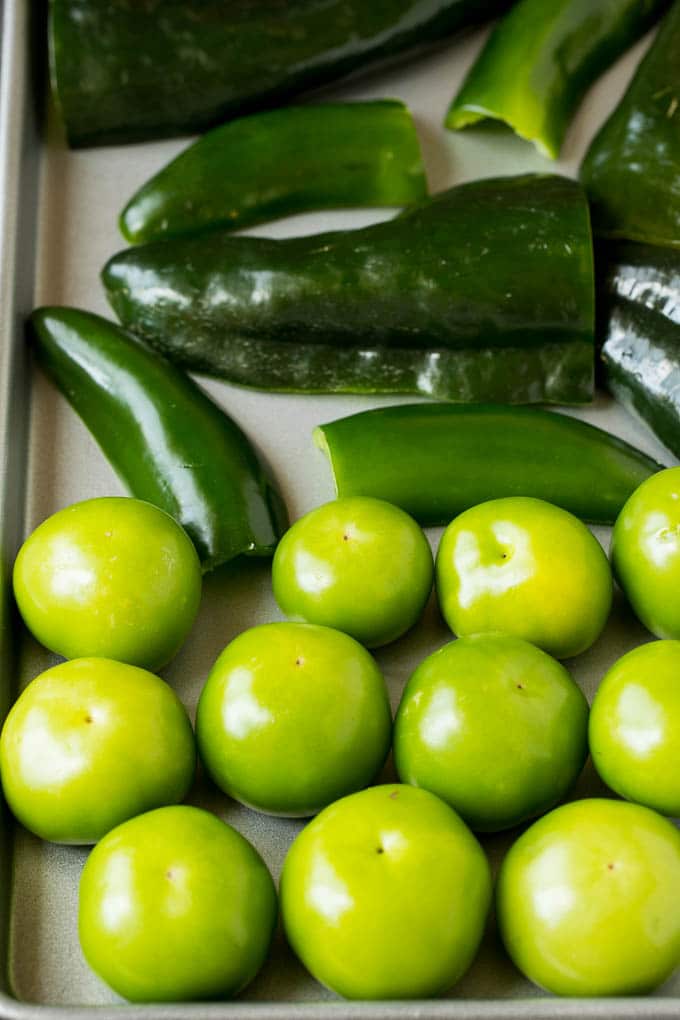 How do you make chile verde?

This recipe starts with chunks of pork, which are cooked in a pan until golden brown. While the pork is browning, prepare the sauce by broiling tomatillos, poblano peppers and jalapeno peppers until they’re soft and blackened. Remove the skins from the peppers, then place them in a blender along with the tomatillos, cilantro and chicken broth. Puree the sauce mixture until smooth. Saute onions and garlic, the place the pork, vegetables and sauce all together to simmer. Cover the pot and place it in the oven. Bake the chile verde for 2-3 hours or until the pork is tender. Add fresh cilantro and other toppings, then serve and enjoy. 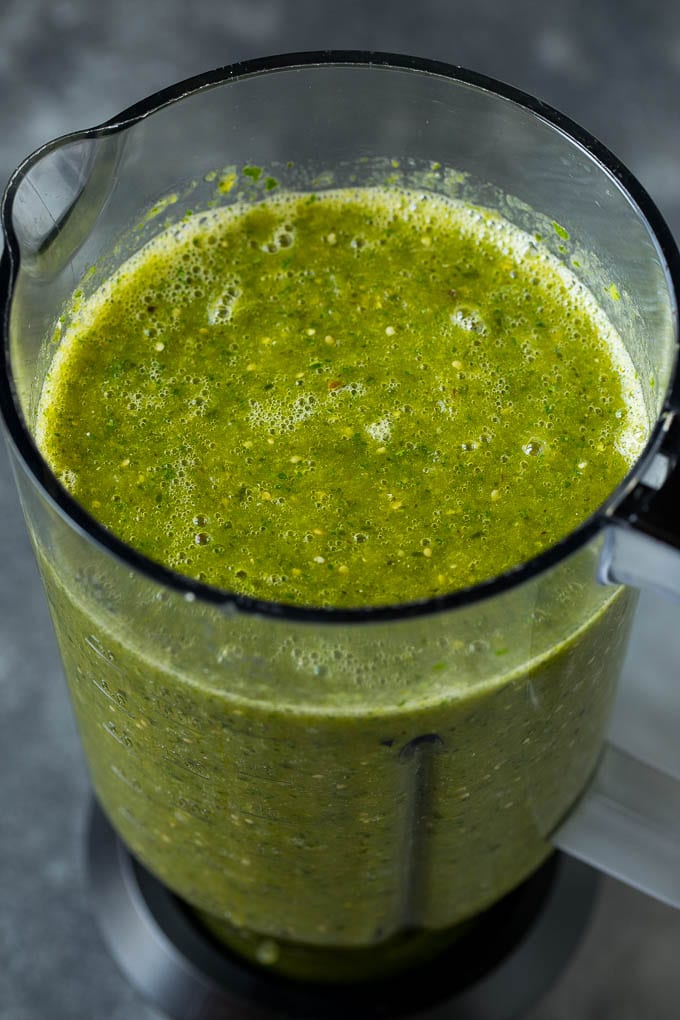 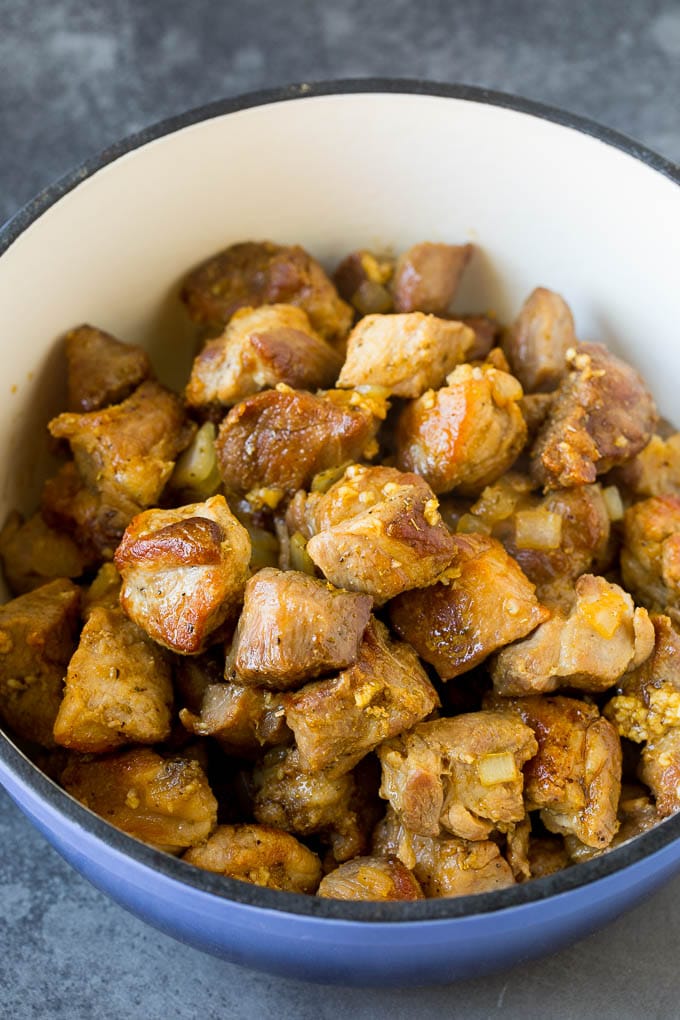 This chile verde is fabulous as-is, but you can add other ingredients to customize the flavors to your tastes. 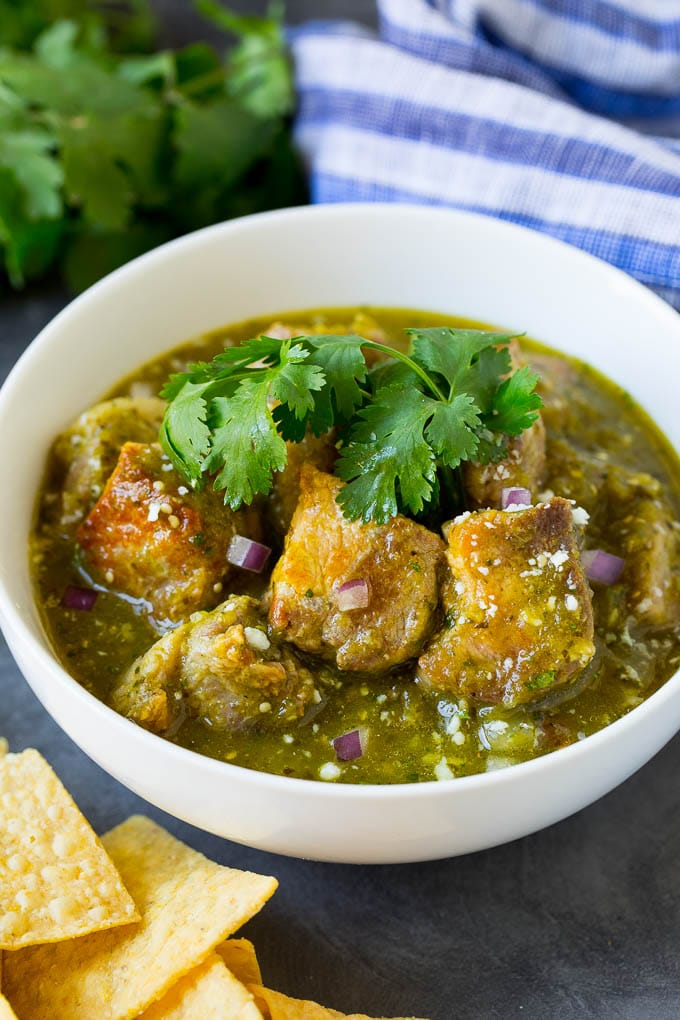 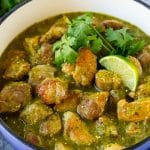 For a spicier dish, leave some of the ribs and seeds in the jalapeno peppers.