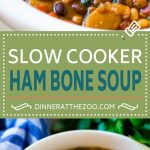 This slow cooker ham bone soup is loaded with beans and veggies, it’s the absolute best way to use up leftover ham! 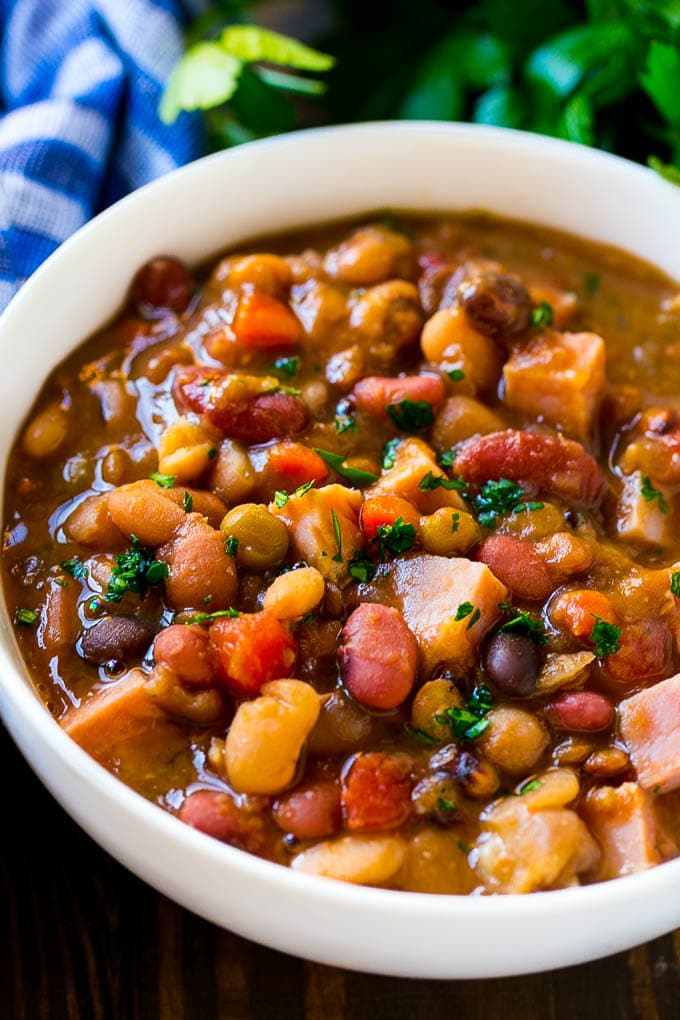 What are you making for Christmas this year? I’ve decided to make Cioppino, which is a crab and seafood stew, as well as a ham. Normally I’d just do one main course but 2/3 of my kids are not into seafood! One of my favorite ways to use up leftover ham is this hearty slow cooker ham bone soup. Putting the ham bone in the soup adds SO much flavor and really makes this recipe something special. 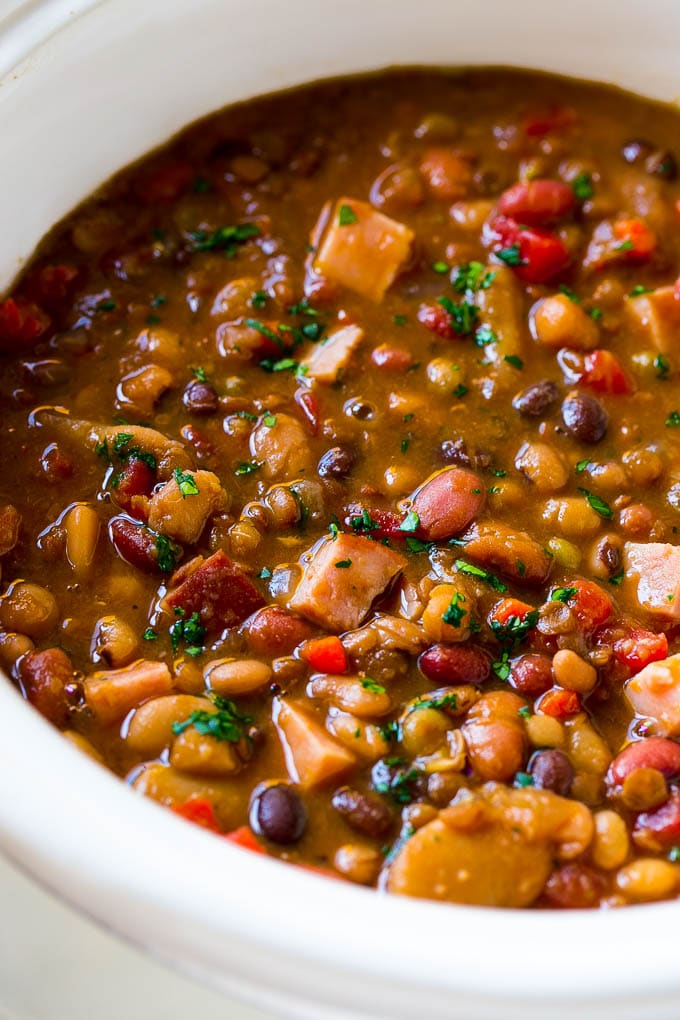 How to make ham bone soup

The crock pot does all the work for this soup! You’ll need a bag of mixed dried beans, some basic veggies like carrots and onions and of course your ham. I remove the meat from the bone and cube it to stir into the soup, then place the bone in the slow cooker to simmer away with the rest of the ingredients. I use a 15 bean soup, it comes with the dried beans and a little flavoring packet.

You don’t need to soak your beans for this soup, but you will need to rinse them. You may wonder why all the seasonings get added at the end of the cooking time. Salt can affect beans while they’re cooking by making them tough, which is why the seasoning goes in after the beans are already cooked. 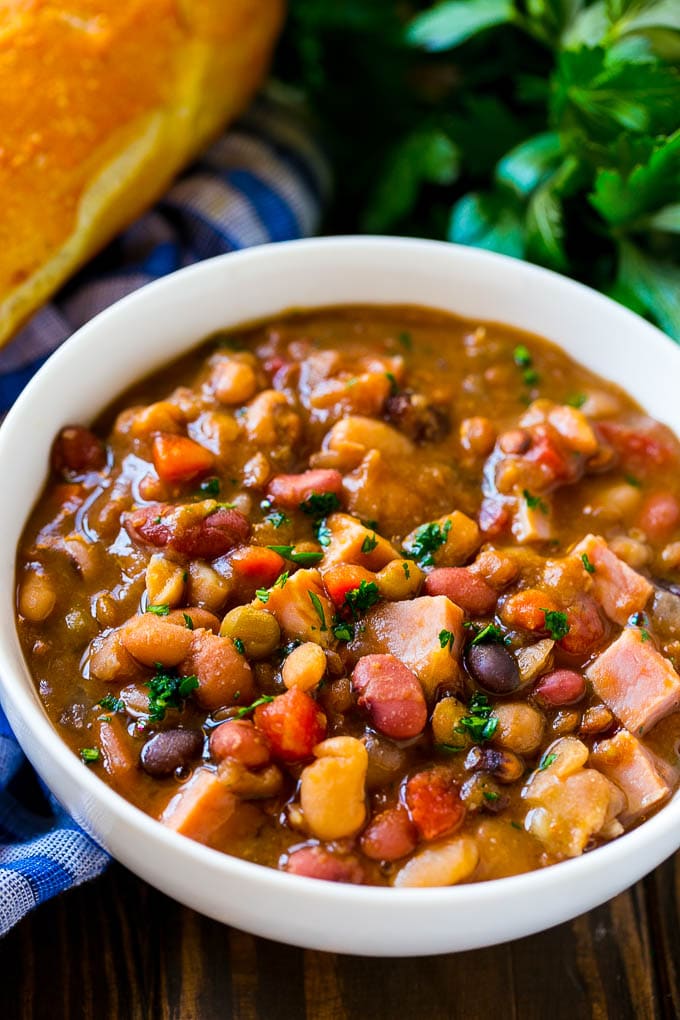 The great thing about this ham bone soup is that you don’t necessarily need to make it the day after Christmas. I often just cut up some ham and freeze it, then freeze the ham bone in a separate bag and make this soup later on in the winter. Don’t have a ham bone? Check your grocery store meat counter for ham hocks, they’re very inexpensive and they make the perfect substitute for a holiday ham bone.

What’s your favorite way to use up holiday leftovers? I’ve got plenty of ideas with my 40 Leftover Ham Recipes and 40 Leftover Turkey Recipes posts! 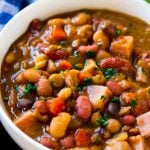 This post was originally published on December 18, 2016 and was updated December 6, 2017 with a new and improved recipe.