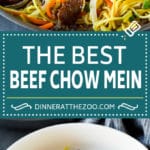 This beef chow mein is tender steak stir fried with vegetables and noodles in a flavorful sauce. A homemade version of the take out classic that’s even better than what you would get at a restaurant! 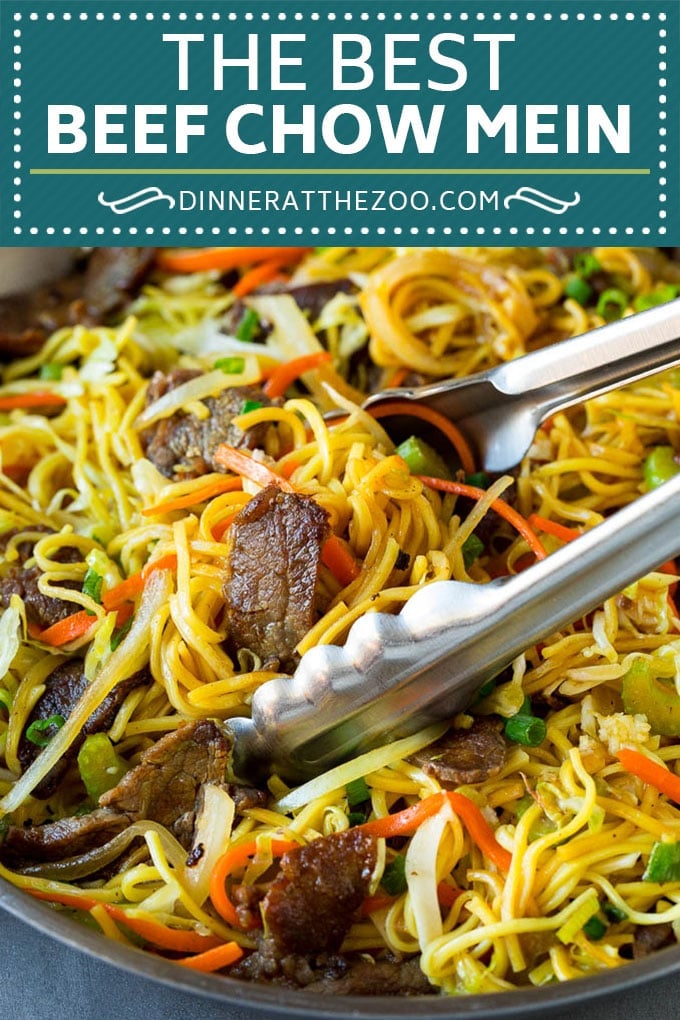 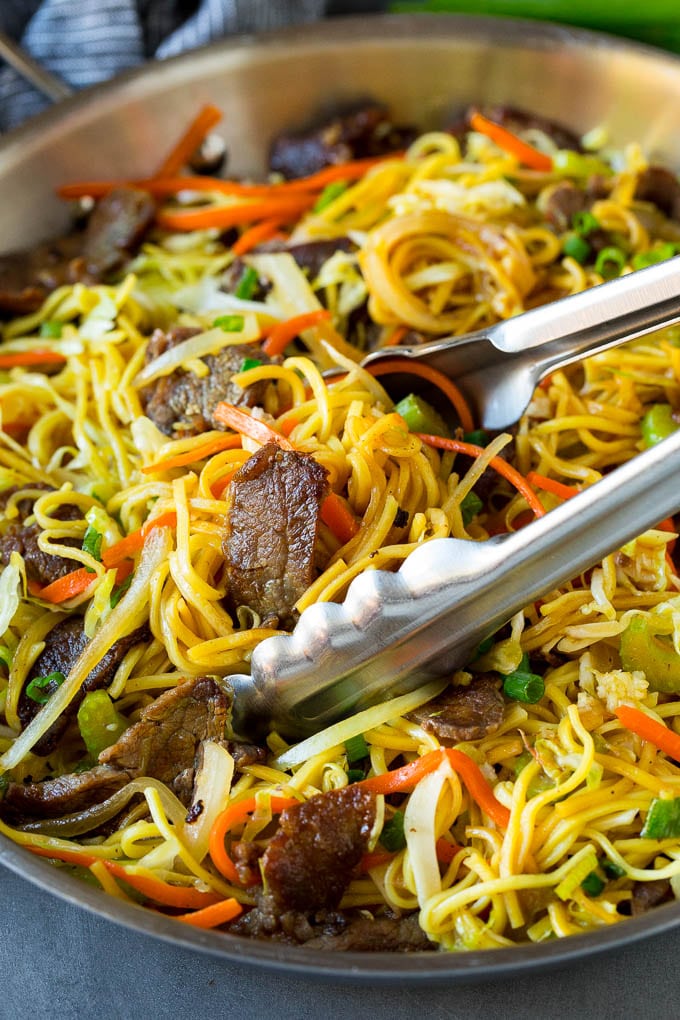 Whenever I go to a Chinese restaurant, I have to order the beef chow mein. That combination of savory meat, tender noodles and colorful veggies just can’t be beat. This recipe gives you the same great restaurant flavors, but in the comfort of your own home.

How do you make beef chow mein?

This recipe starts with flank steak, which goes into a marinade made of soy sauce, cornstarch, sesame oil and sugar. This mixture helps to tenderize the meat, as well as add flavor. The steak needs to sit in the marinade for a minimum of 10 minutes.

While the meat is marinating, prepare your vegetables. The meat and vegetables cook in a pan until tender and golden brown. Cooked chow mein noodles are added to the mix, along with a sauce that contains beef broth, soy sauce, sugar and sesame oil. Let the sauce simmer with the noodles and vegetables to thicken, then stir in green onions and serve. 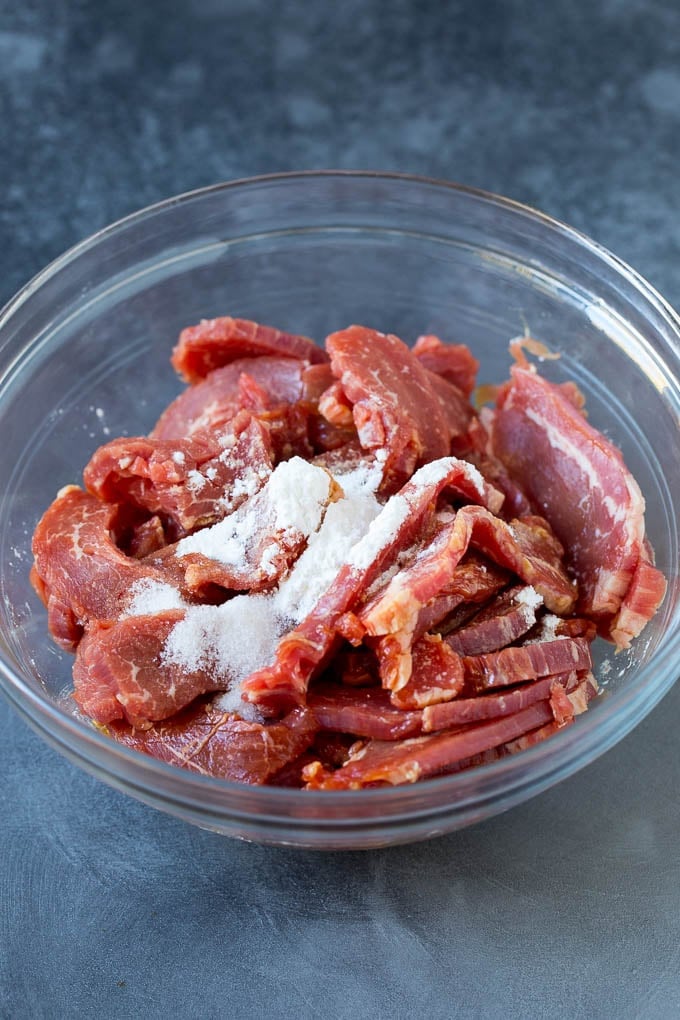 Tips for the perfect chow mein 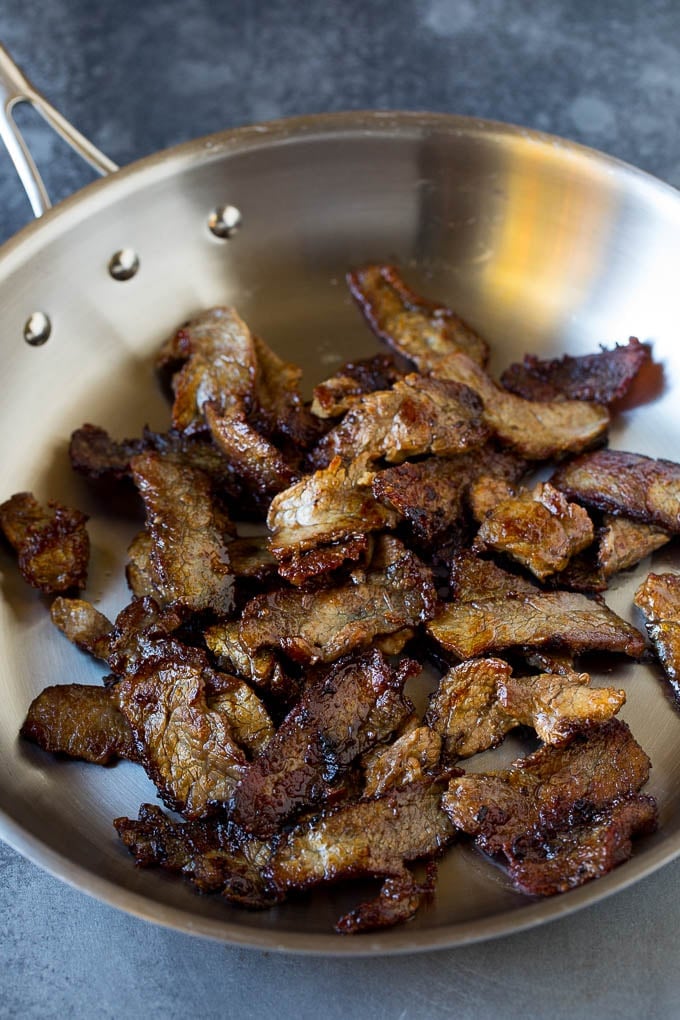 This dish is absolutely delicious as-is, but you can add other ingredients to the mix to customize it to your tastes.

What is the difference between chow mein and lo mein? 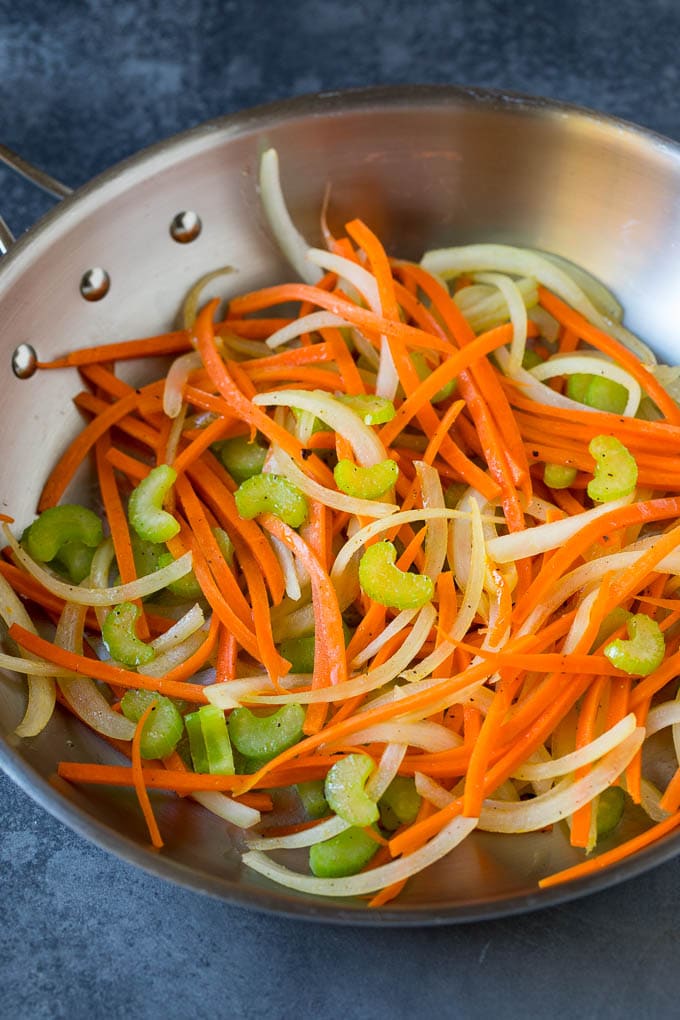 What noodles do you use for chow mein?

Chow mein is typically made with thin egg noodles, either the fresh or dried variety. If you look in the ethnic foods aisle of your local grocery store, you will often find dried packets of noodles labeled as chow mein noodles. If you can’t find chow mein noodles, you can substitute another thing long noodle such as yakisoba or even spaghetti. 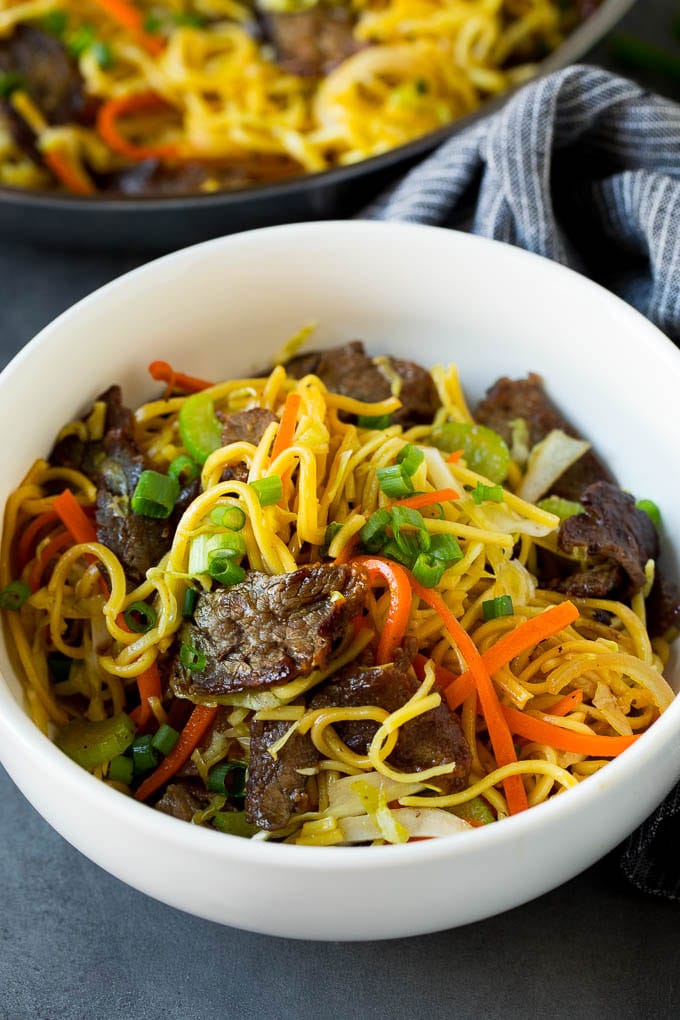 Once you try this beef chow mein, you won’t even feel the need to order take out. It’s just that good, and surprisingly easy to make! 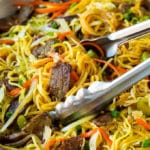 For the chow mein

For the chow mein