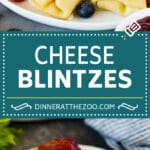 These cheese blintzes are thin pancakes filled with a creamy cheese mixture, then pan fried until golden brown. A classic recipe that’s great when served with fresh fruit or berry sauce!

Whenever I’m hosting a brunch, I offer family favorites such as french toast casserole, baked oatmeal and these irresistible homemade cheese blintzes. 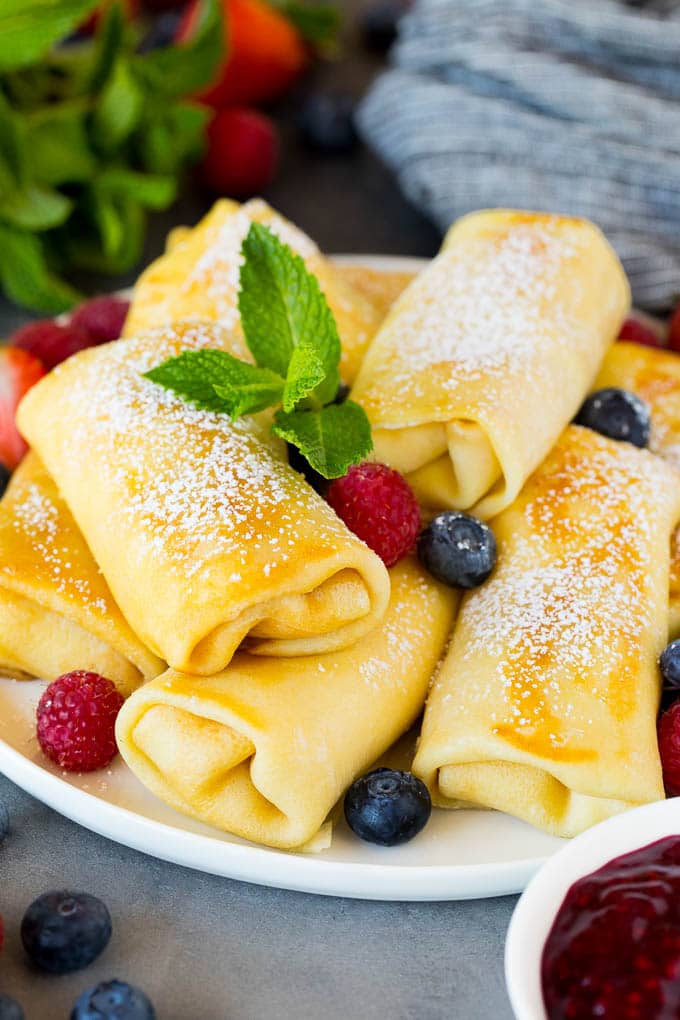 I happen to love cheese blintzes, that creamy filling inside a paper thin pancake gets me every time! This homemade blintz recipe is so much better than blintzes from the freezer section of the grocery store, an it’s actually quite easy to make this delicacy at home.

Where do cheese blintzes come from?

It is thought that blintzes originated from Central and Eastern European countries, especially among Jewish populations, and became popular in other parts of the world during the 1800’s. 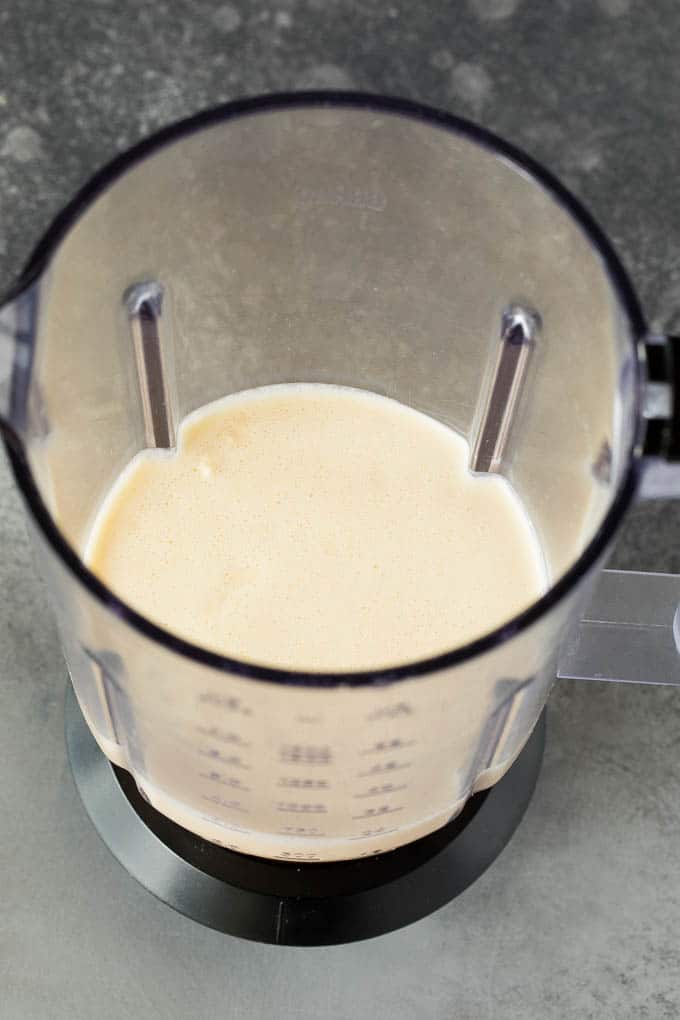 How do you make cheese blintzes?

Start by preparing your pancake batter which is a combination of flour, milk, sugar and eggs. Puree the batter in a blender until it’s smooth. Let the batter rest at room temperature for 30 minutes, then proceed with making the pancakes. Pour a small amount of batter into a hot pan, then swirl the batter around to coat the bottom of the pan. Repeat the process with the remaining batter until you have a stack of pancakes. While the pancakes are cooking, prepare the filling by mixing together ricotta cheese, cream cheese, sugar and lemon. Place a dollop of the cheese filling onto each pancake, then fold up the filling inside the pancake. Chill the blintzes in the freezer for a few minutes until they’re firm. The final step is to pan fry the blintzes in butter until they’re golden brown. Add a drizzle of raspberry sauce if desired, then serve and enjoy. 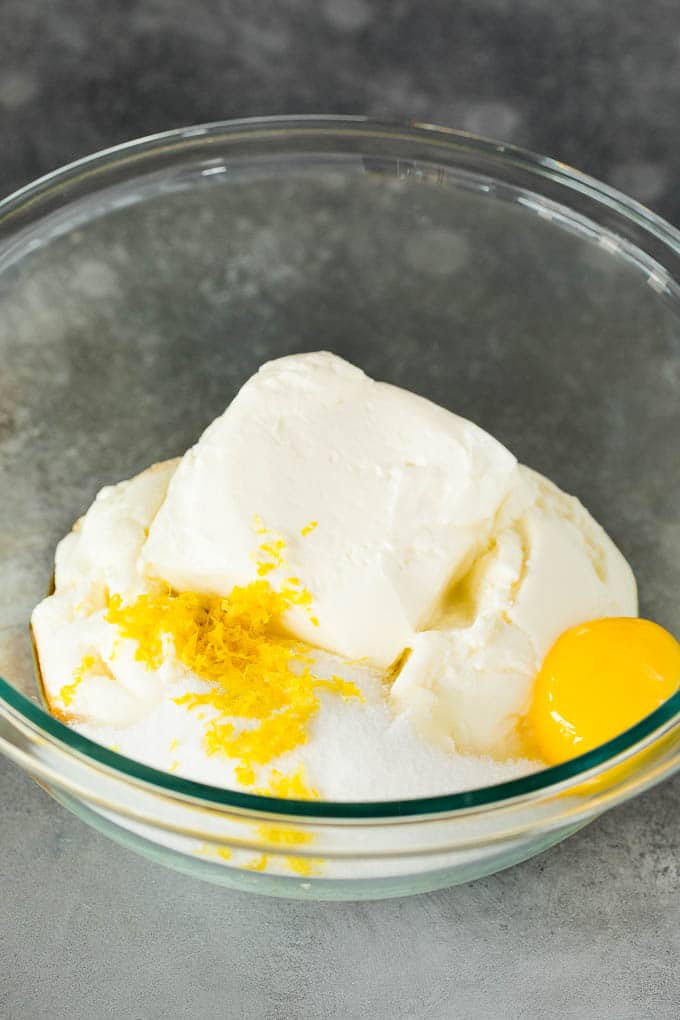 Are crepes and blintzes the same thing?

Crepes and blintzes are very similar dishes. They both involve thin pancakes made of virtually identical ingredients, wrapped around fillings. Typically blintzes contain a sweet filling, whereas crepes could have either sweet or savory fillings. Blintzes are also pan fried, which typically does not occur with crepes.

Tips for the perfect meal 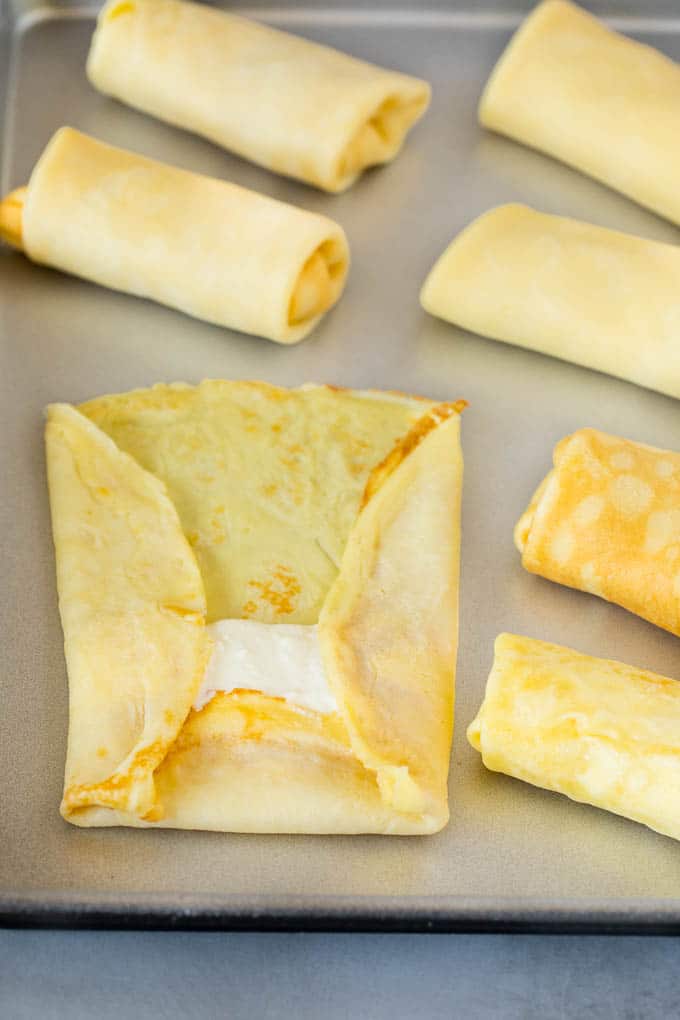 While this recipe is fantastic as-is, feel free to change up some of the ingredients to customize the flavors to your tastes. 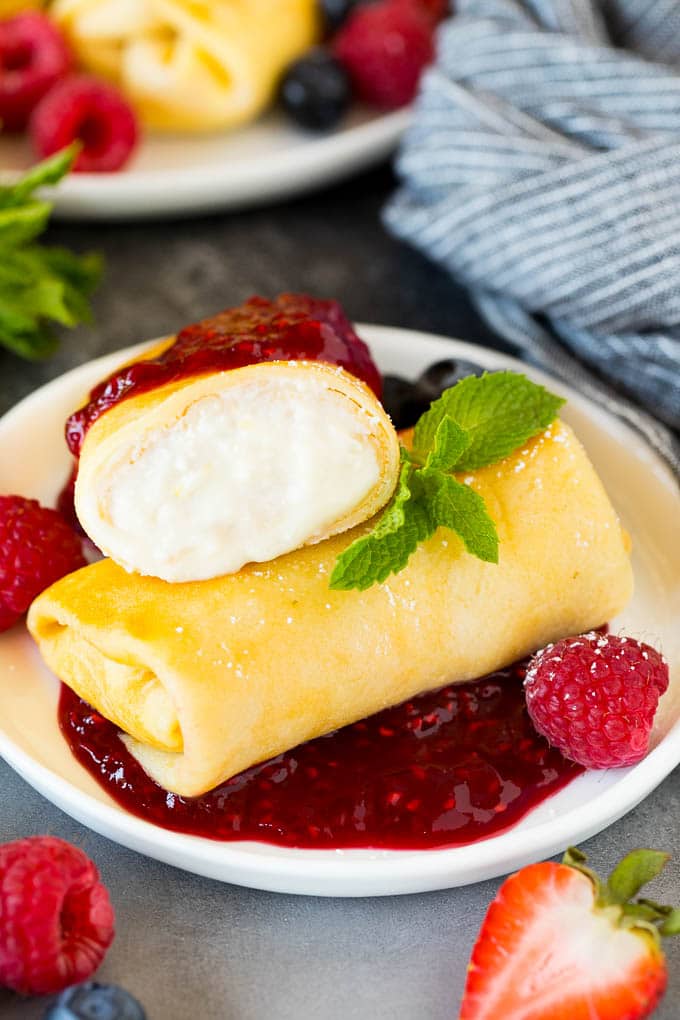 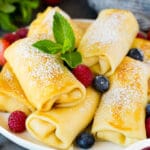 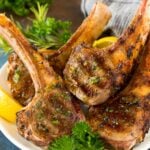 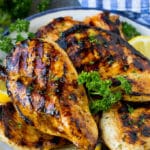 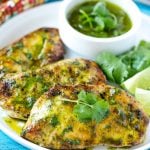 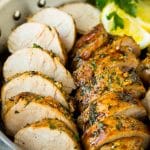 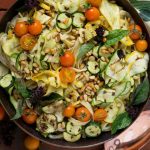 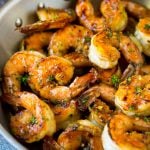 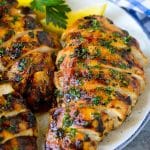