These Hasselback potatoes are thinly sliced potatoes that are roasted to golden brown perfection, then topped with cheese, bacon, sour cream and green onions. An easy yet impressive side dish that pairs perfectly with chicken and beef!

You can never go wrong with potatoes, whether it’s grilled potatoes, potato skins, or this loaded Hasselback version. These are some of the best potatoes I’ve ever had, and your friends and family are sure to agree. 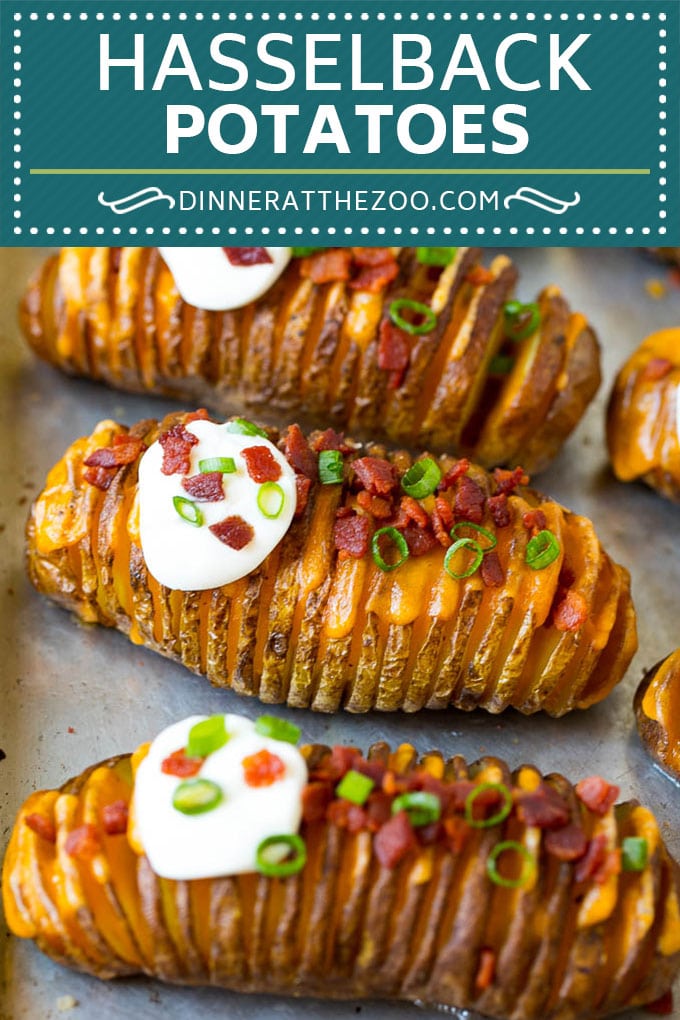 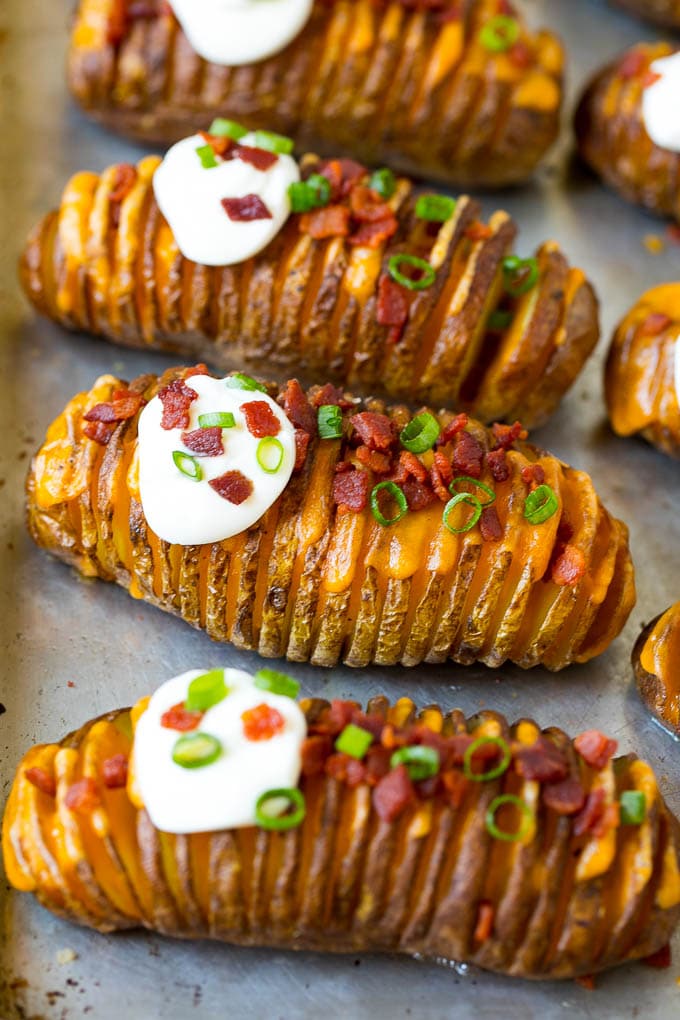 Upgrade your regular baked potatoes to these Hasselback potatoes, you won’t regret it! These potatoes are thinly sliced, roasted until crisp, then loaded up with toppings. They look fancy, but they’re actually quite simple to make.

How do you make hasselback potatoes? 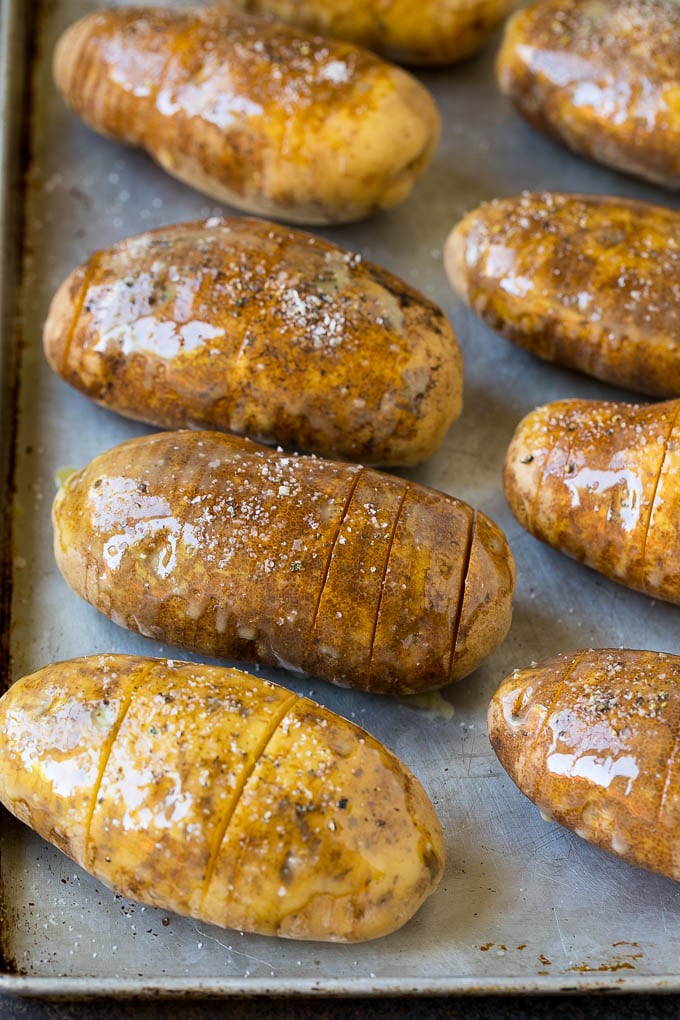 Why are they called hasselback potatoes? 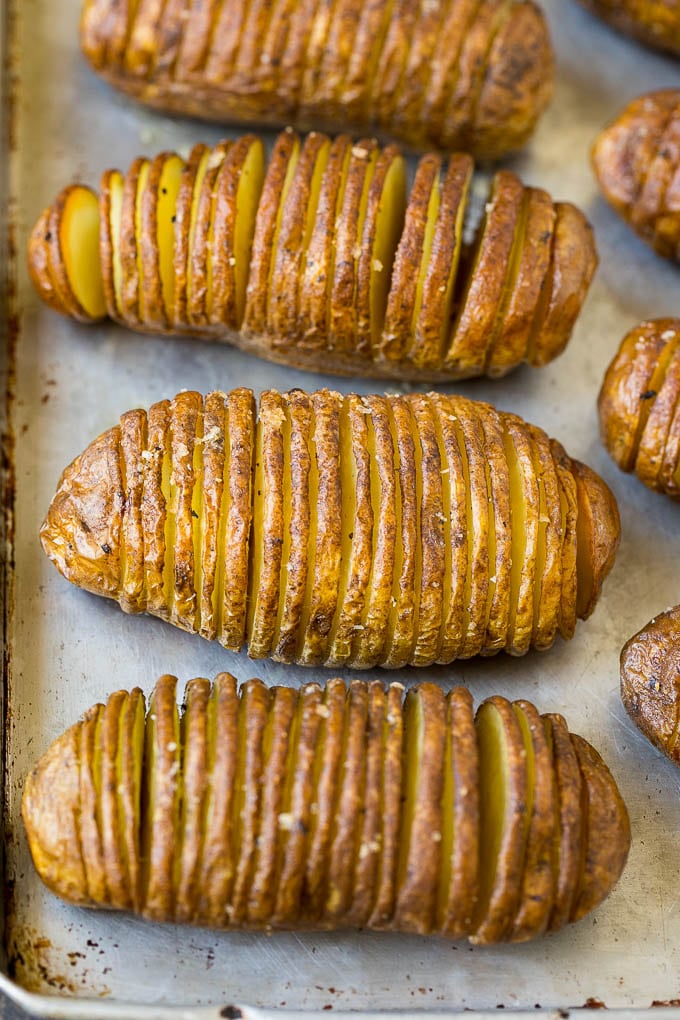 How to cut hasselback potatoes

Hasselback potatoes look difficult to cut but with a few tips, they are easy to prepare. First, use a sharp knife like a paring knife or chef’s knife. Use medium sized potatoes as they will be easier to cut than large or small potatoes. Place chopsticks or wooden spoons on either side of the potatoes before cutting to keep the knife from accidentally cutting through a potato. Cut your potato slices to about 1/8 inch in thickness. Try to cut most of the way through the potatoes. Take care not too cut too far on the ends of the potatoes where there is less room to work with. If you leave the skin on the potatoes, it will help the potato slices hold together as well as improve the flavor of the potatoes. 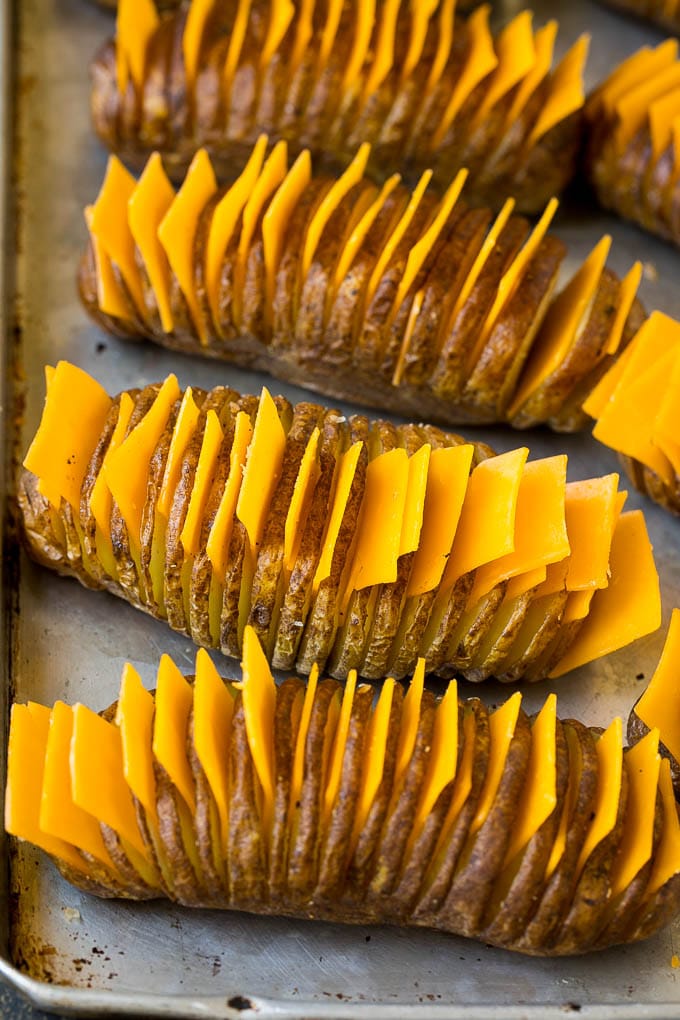 These buttery, cheesy hasselback potatoes are fantastic, but the great thing about potatoes is you can add all kinds of different flavors. 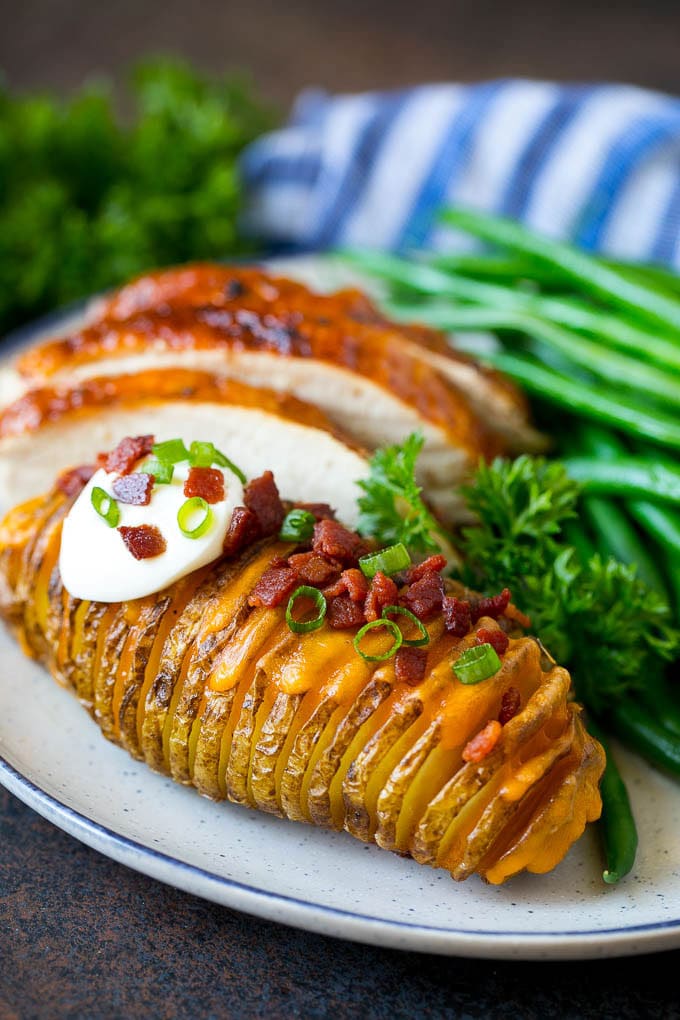 This recipe gives you the best of both worlds with potatoes that are crispy on top and tender on the bottom. Not only do they taste great but they add a “wow” factor to any party, get together or dinner. 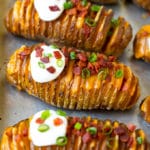