I really had no interest at all in photography until I started my first food blog in December of 2006. Even then, I wasn’t all that concerned about the pictures. I mean, if I was posting good recipes that’s all that mattered right? Clearly I was wrong. 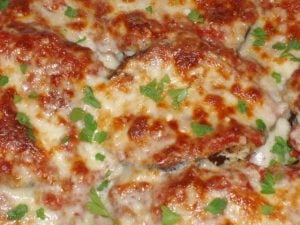 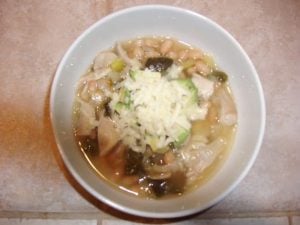 Seriously? What the h*ll is this?

So I muddled through for a while with my trusty point-and-shoot camera and my generous use of the flash. Then I decided I wanted to learn to take pretty pictures of food and I purchased my first DSLR, a Canon Rebel. I turned off the flash, but continued to struggle with lighting and exposure for a little while. 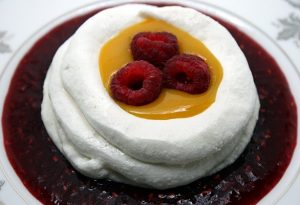 The food is recognizable but the lighting is off and the meringue is totally overexposed.

Then I purchased 50mm and 100mm lenses and found a window in my living room with nice natural light to work with. My pictures started to improve. 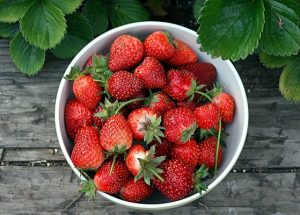 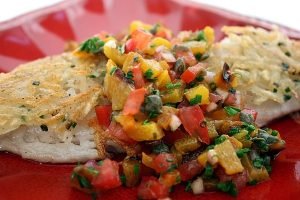 After that came the demise of my original food blog. I was in the middle of a high risk pregnancy and being on my feet in the kitchen all the time was out of the question. I put the blog on hiatus and focused on having healthy babies. After my twins were here safe and sound I shifted my focus over to taking portraits of my girls. I quickly learned that taking pictures of babies was totally different than taking pictures of food. I purchased lightroom, downloaded a ton of free presets and tried to teach myself to edit my pictures. I also upgraded to a new camera and purchased a better quality 50mm lens and a wide angle zoom lens. 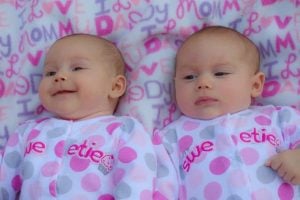 Cute babies, but majorly over saturated. 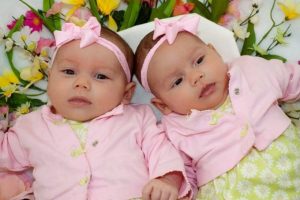 The focus fell on their headbands rather than their eyes and the skin tones are way off.

The pictures I took of the girls weren’t bad, but I felt like something was lacking. My turning point was when I joined Clickinmoms. At first I balked at paying a fee for a forum. I figured, why should I pay for content when I could probably find it somewhere else on the internet for free? One day they were running a special and I decided to join – I could always cancel if I didn’t like it right? Little did I know what an extensive knowledge base I was tapping into. These women were so incredibly talented, and right away I started going through the tutorials, one by one. I learned to shoot in manual, how to do some basic editing and lots of lighting tips. 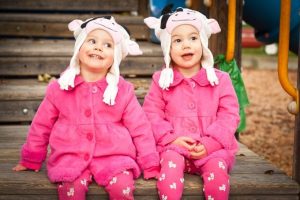 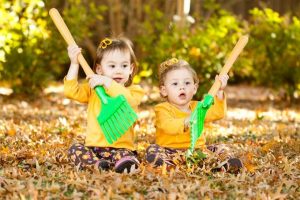 I continued on like this for a while, taking classes through Clickinmoms on Lightroom and Photoshop and different ways to capture natural light. The extra classes were not cheap but they were a critical part of my journey. 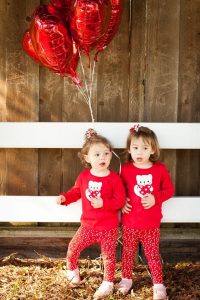 Then I got pregnant with baby #3. 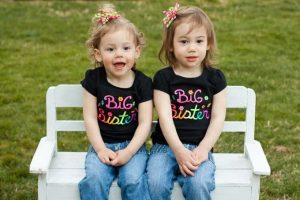 My photography journey stagnated for a few months as we moved to a bigger house and welcomed our littlest love. But look how much I grew over a period of two years! 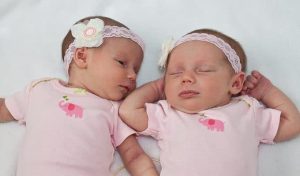 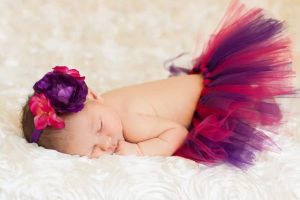 Big difference huh? I continued on, documenting our life. But I was still comparing myself to the professionals and I thought I could do better. I found a nice little pocket of light in my new backyard and practiced there. Then I started having problems with my camera. Canon customer service was great but no matter how many times I sent it in, the focus mechanism was slightly off which meant the majority of my pictures were not in focus. I was already toying with the idea of upgrading to a full frame camera, and the focus problem sealed the deal. My new camera was awesome and I could immediately tell the difference in my photos. 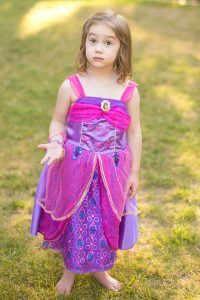 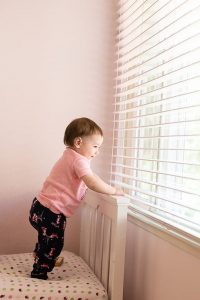 So what could I possibly have to complain about now? I had a great lens, great camera, lots of classes under my belt and cute subjects. In case you couldn’t tell, I am a bit of a perfectionist. I didn’t just want to take nice pictures, I wanted to take GREAT pictures. The next step in my journey was to take a composition and creativity class through Clickinmoms and purchase an e-book on skin tones called Flawless. I balked big time at the price of Flawless – $125 for a PDF?! But I knew that my skin tones were off, and that it was affecting my ability to create the end results that I envisioned. I waited for a sale and bit the bullet. You know what? It was worth every penny. 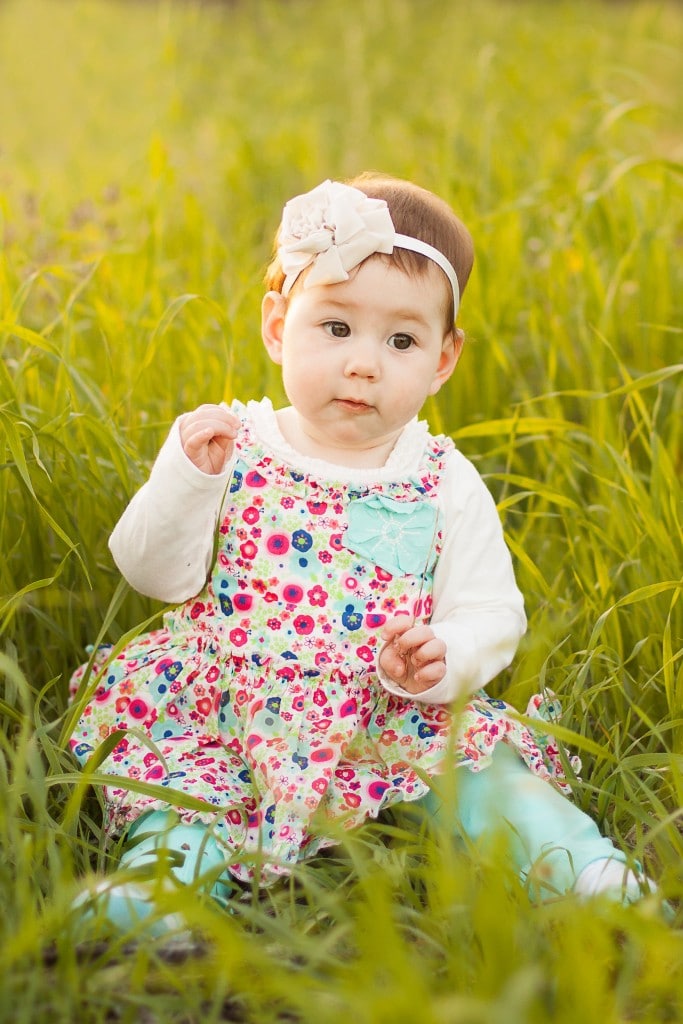 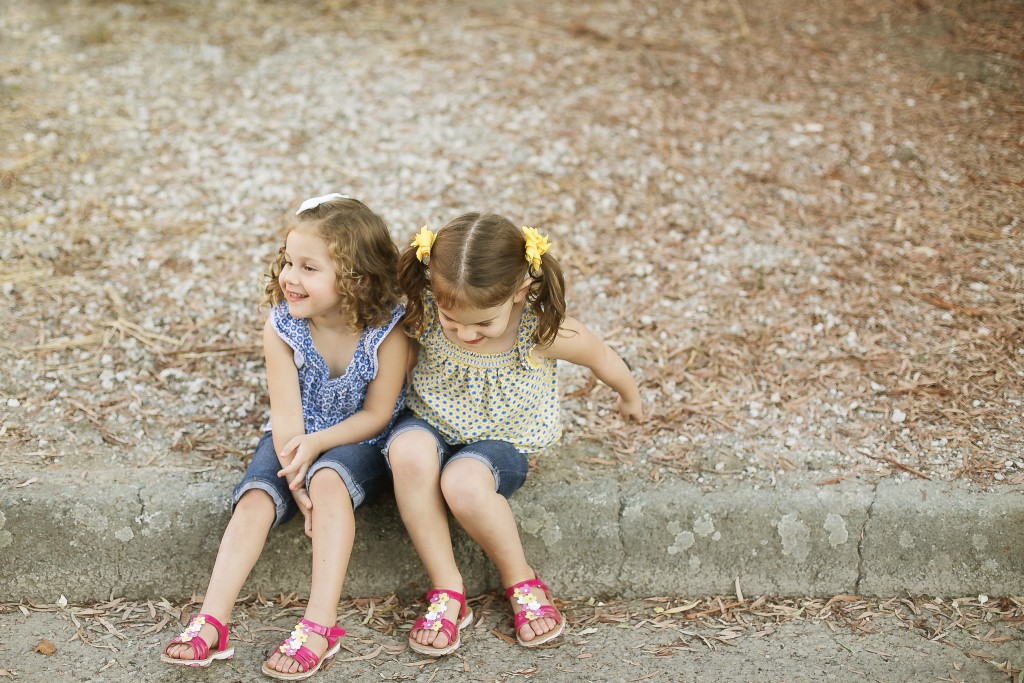 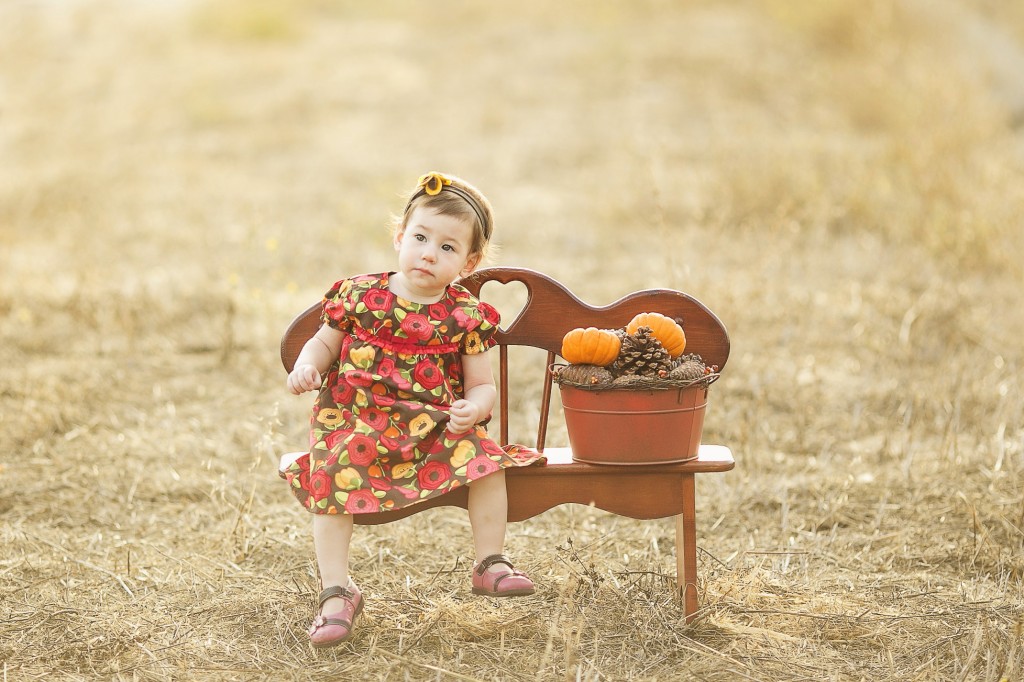 Throughout all of this, I never stopped cooking and never stopped reading food blogs. A return to food blogging had always been in the back of my mind since my original attempt. Then the twins started preschool a few afternoons a week and I decided the timing was right for a return. Even with all my new found knowledge, my first few attempts a food were rough at best. 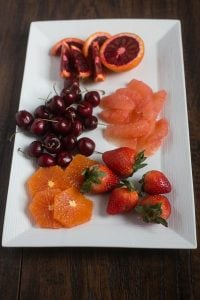 After a few months of trial and error, I came up with a food photography setup that works for me! 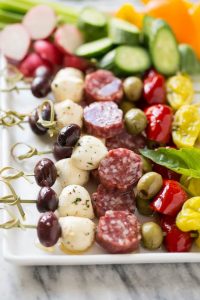 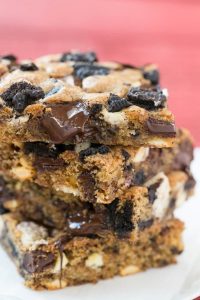