This beef bulgogi is steak in a sweet and savory marinade that’s grilled or pan seared to perfection. A traditional Korean dish that’s perfect served over steamed rice or inside lettuce leaves.

When I’m in the mood for steak, I often prepare marinated flank steak, steak kabobs or this simple yet totally satisfying bulgogi dish. 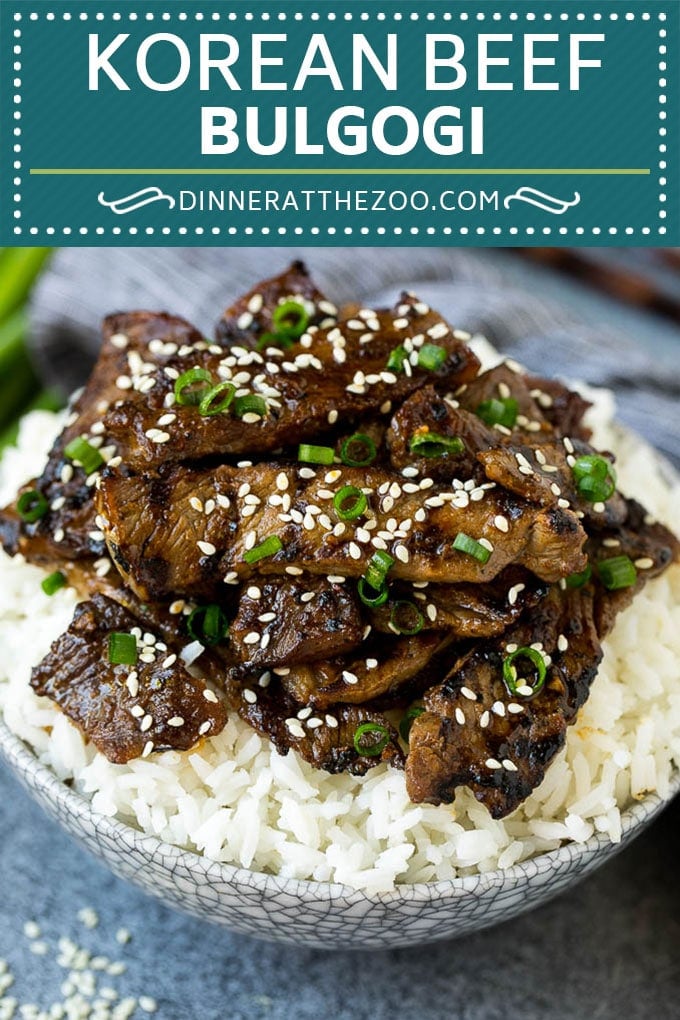 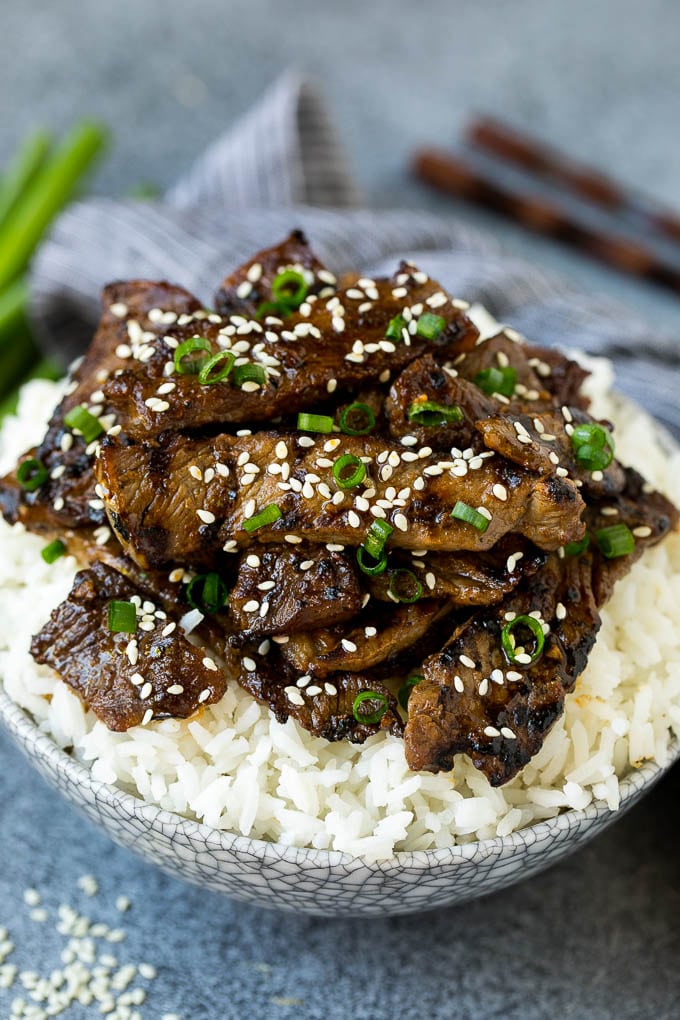 Whenever I go to my local Korean restaurant, I have to order the beef bulgogi. I just can’t resist that smoky, tender meat! I’ve learned to make this dish at home, and I have to say, I think my version is even better than what you’d get at a restaurant.

Bulgogi is a Korean dish made by cooking thin slices of marinated beef on a grill. The marinade highlights the savory flavors of soy sauce, sesame oil and garlic and the sweet flavors of brown sugar and Asian pear. Bulgogi is popular because of the sweet and savory flavor infused in every tender piece of beef.

The word “bulgogi” comes from a combination of words in a Korean dialect “bul” meaning fire and “gogi” meaning meat. This dish combines meat and heat to make a delicious entree. 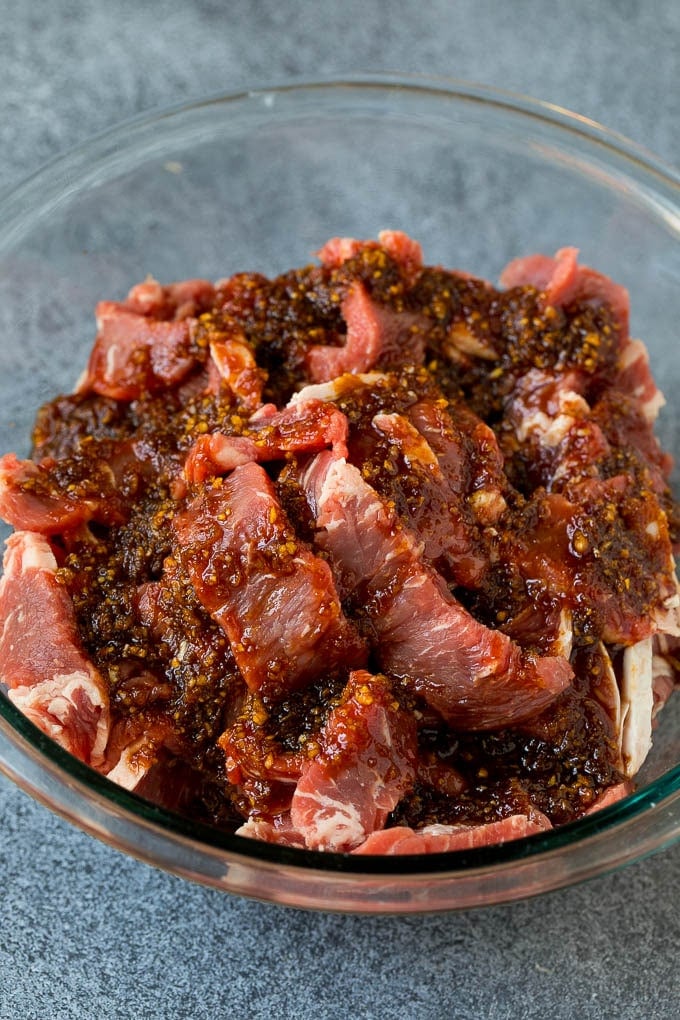 How do you make beef bulgogi?

To make beef bulgogi, you will want to make the marinade first. Simply stir together soy sauce, brown sugar, toasted sesame oil, grated Asian pear, garlic, ginger, gochujang sauce and black pepper in a bowl. The standout ingredients in this marinade are the Asian pear, which brings a fresh sweetness to the marinade, and the gochujang, which adds a complex and robust barbecue-like flavor. Marinate thin cut beef for at least one hour. Cook the beef on a grill or on the stove top, and serve it garnished with sesame seeds and green onions. 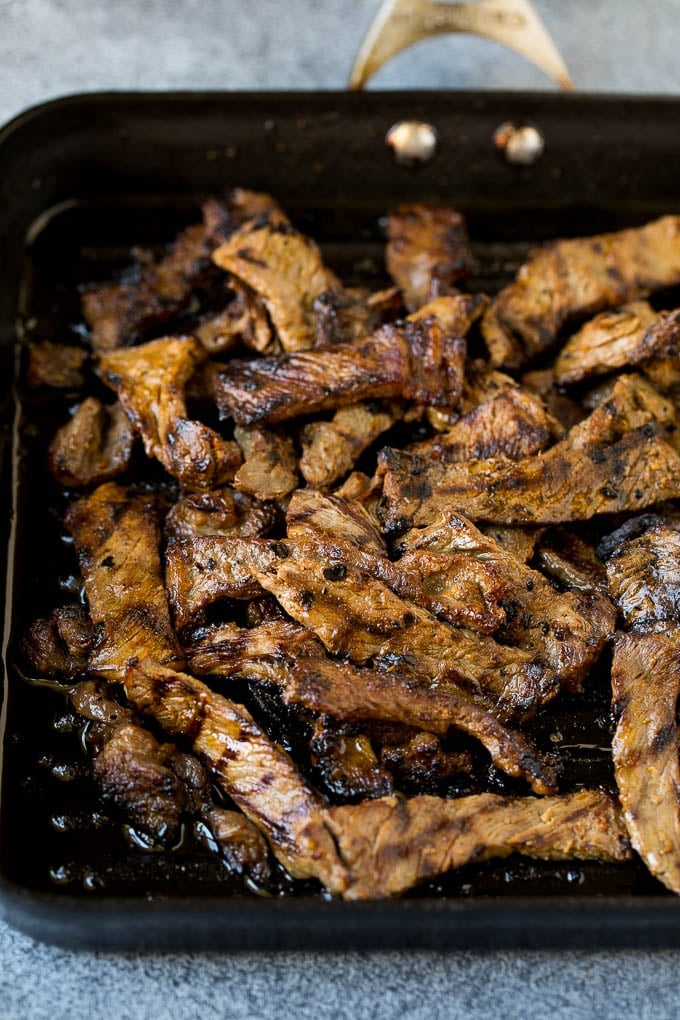 What cut of beef is bulgogi?

Bulgogi is all about tender meat, so you want to use a flavorful, tender cut of beef. Marbled, flavorful rib eye is the most popular cut of meat for bulgogi. You can also use other tender cuts such as sirloin or tenderloin. In a pinch, tri-tip or flank steak can also make a delicious bulgogi. 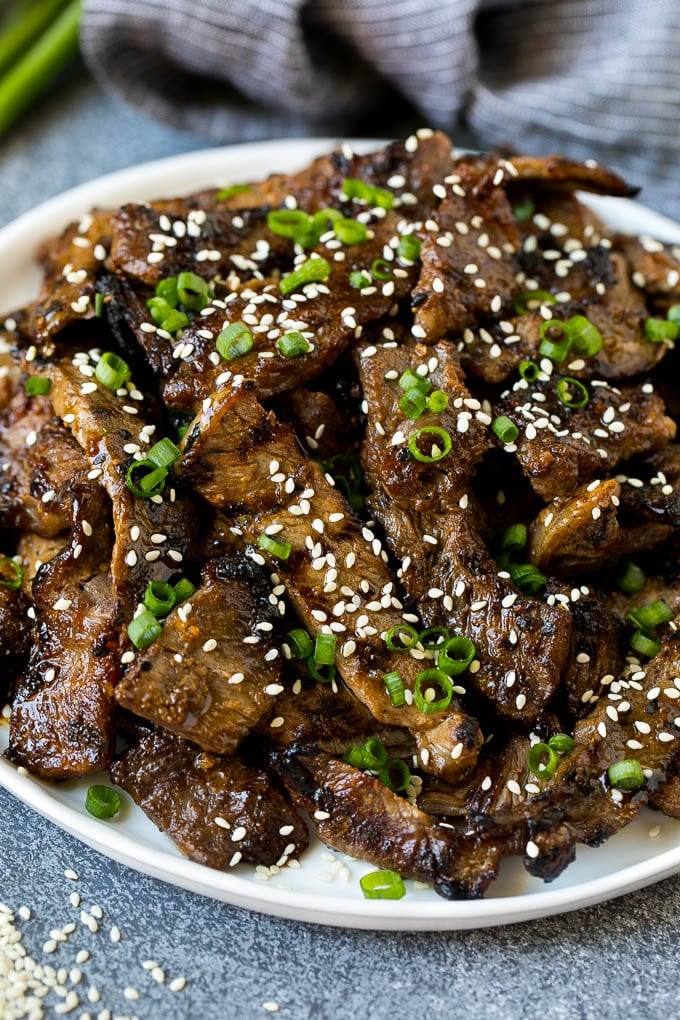 What is bulgogi sauce made of? 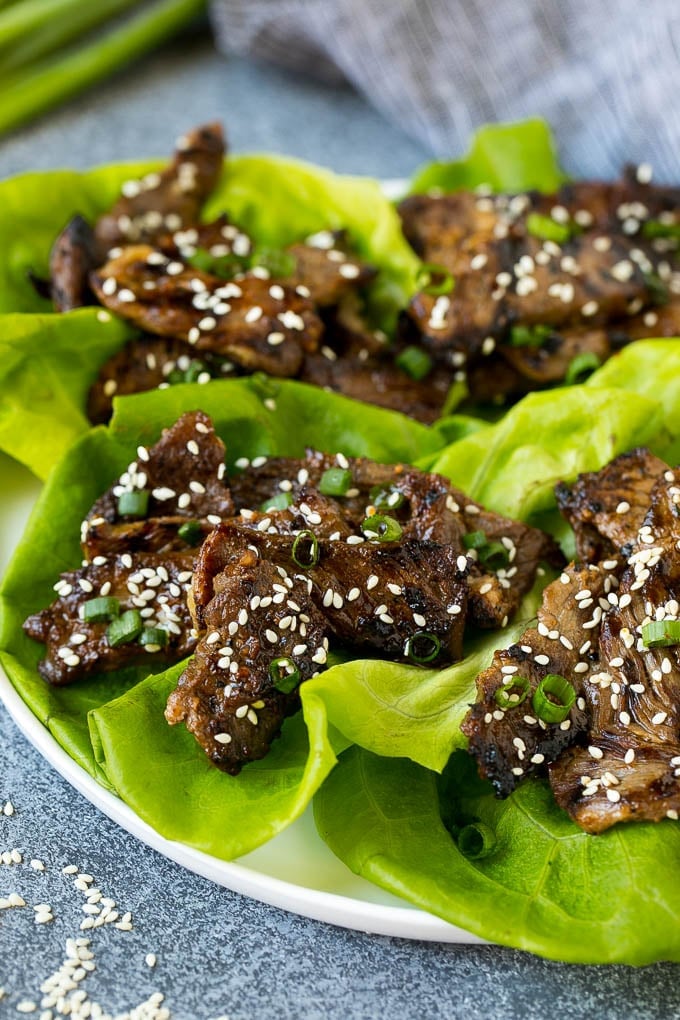 You’ll love this tender beef bulgogi as an easy way to bring the flavors of Korea to your home kitchen. 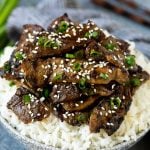